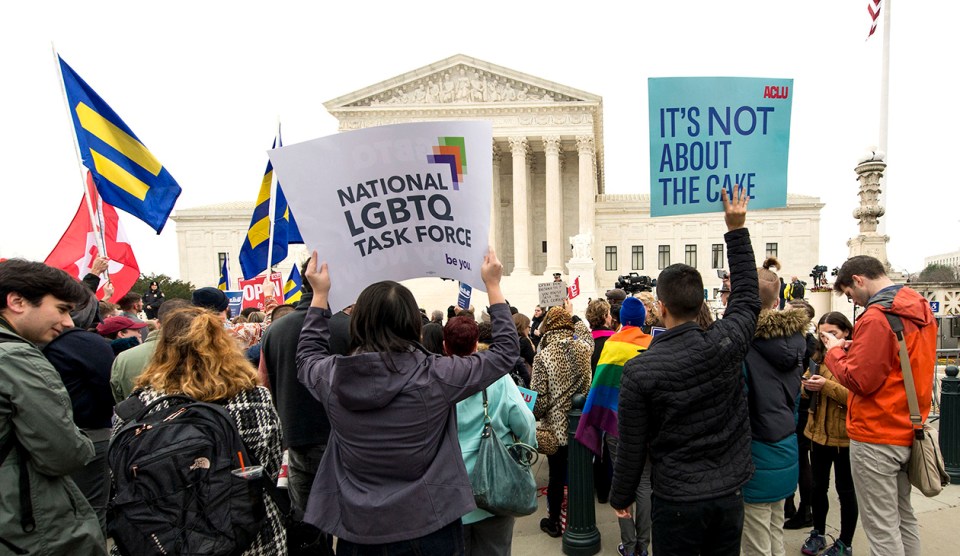 I realize this is about a decade old by the standards of how news cycles run these days, but I want to make a brief comment about yesterday’s Masterpiece Cakeshop ruling from the Supreme Court.¹ It’s being widely described as a “narrow” ruling, and that’s not wrong. But it’s also incomplete. I think it’s pretty clear that the court simply didn’t want to rule at all on this subject.

Here’s the thing: this is pretty much a no-win situation for the Supreme Court. On the one hand, it involves obvious questions of free speech and freedom of association that are pretty important. They’re so important, in fact, that they apply even in cases of straight-up racism and sexism that have none of the subtleties of Masterpiece. The Augusta National Golf Club—a high-profile meeting place of the rich and famous that’s featured on network TV annually—refused to admit blacks until 1990. 1990! They refused to admit women until 2012. 2012! And that was perfectly legal.

Now, sure, the cake store was not a private club. It was a public place of business, and there’s jurisprudence on what kinds of places are covered by the Civil Rights Act and what kinds aren’t. And portraits aren’t cakes, which are merely being used at an event, not necessarily carrying a message of their own. Still, it should be pretty obvious that there are subtle issues here that are all but impossible to decide on a bright line basis. Can a Jewish baker be forced to supply a cake for a KKK rally? Can a Christian sandwich shop be forced to cater a Planned Parenthood fundraiser? Can a gay movie star be forced to sign an autograph for Richard Spencer?

There are rules that would cover all these cases that the Supreme Court could adopt. But why? For the most part they never come up, and when they do they’re generally just ignored because they’re so obviously heinous. So perhaps the better part of valor is just to tap dance for a while. Soon enough, refusing to serve a gay couple will be broadly viewed as equally heinous and the issue at stake will simply disappear. In the meantime, there’s no need to make a potentially disastrous ruling.

I think this is what happened, and even half the court’s liberals decided to go along. They figure it’s basically an ephemeral issue, and both liberals and conservatives have good reason to let it slide since any definitive new ruling would almost certainly hurt everyone in one way or another. Instead the court decided to muddle along until everyone forgets the whole thing, and that was likely a wise decision.

¹In case you’ve just returned from vacation on Mars: a gay couple wanted a cake for their wedding. The Masterpiece Cakeshop refused to make one for them because the owner believed that same-sex marriage violates biblical teachings. A state commission in Colorado ruled in favor of the couple but foolishly made some statements that could be interpreted as hostile to religion. This gave Justice Anthony Kennedy grounds to overturn the decision without ever really touching the merits of the case.