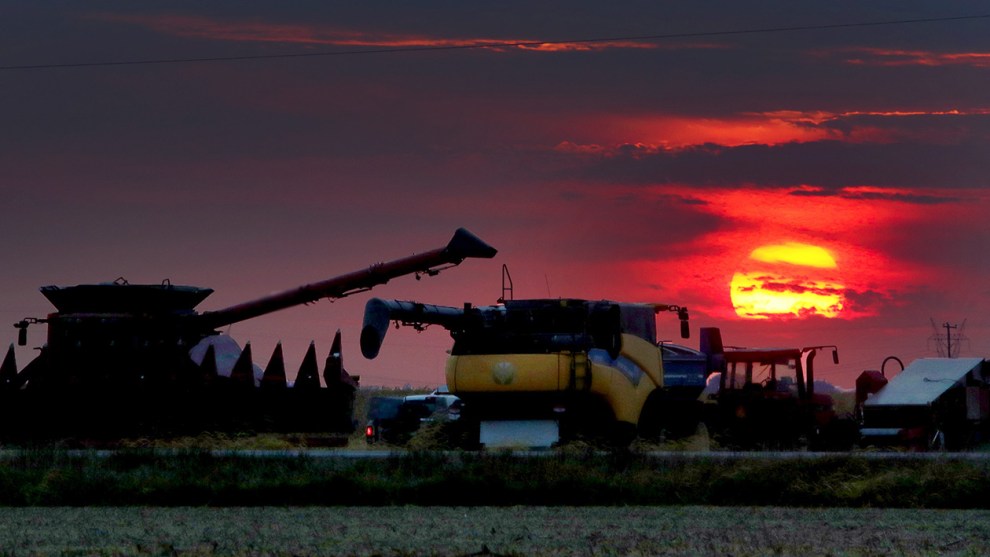 Over at Vox, Sean Illing interviews Robert Wuthnow, author of The Left Behind: Decline and Rage in Rural America. The title makes it pretty clear what the book is about, and Illing is annoyed that we’re all once again being forced to engage with this stuff. “I know a lot of people who don’t live in rural America are tired of being told they need to understand all these resentments,” he says, pretty obviously referring to himself.

Politically, of course, the answer is simple: these people vote, and if liberals want to win elections they need to figure out how to appeal to at least some of them. Morally, the answer is that rural communities have some real problems (“social fragmentation and drug addiction and wage stagnation and all the rest of it”) and we owe it to them to help out, the same as we do with any other community that’s having problems.

But the interesting part is this:

Sean Illing: I’m still struggling to understand what exactly these people mean when they complain about the “moral decline” of America. At one point, you interview a woman who complains about the country’s “moral decline” and then cites, as evidence, the fact that she can’t spank her children without “the government” intervening. Am I supposed to take this seriously?

Robert Wuthnow: It’s an interesting question. What does it mean for us to take that seriously? I guess my point is that she takes it seriously, even if we don’t or shouldn’t. Does she still spank her children? Probably. Is she just using that as an example of how the country is changing and how Washington is driving that change? Probably. Now, I doubt she made this us up herself. She likely heard it at church or from her neighbors or from Fox News or talk radio. Again, what I kept hearing from people is a general fear that traditional moral rules were being wiped out by a government and a culture that doesn’t understand the people who still believe in these things.

I don’t think this is so hard to figure out. Social mores around spanking have certainly changed over the past few decades, and it’s generally frowned upon these days in the middle class and above. Now think about an entire stew built around this:

Mix all this together with a generous dash of insecurity, resentment, and ignorance, and you have a woman who thinks the “government” will come after her if she spanks her kid. This might not sound very sensible to you and me, but it’s perfectly understandable if you think for a few minutes about the community this woman lives in and how her beliefs are shaped by anecdotes, conservative media, friends, the local church, and so forth.

Now, all that said, Illing’s real complaint seems to be that even if this stuff is explicable, there’s nothing much anyone can do about it. So why bother with all the hand-wringing?

It’s a good question. There are plenty of people who are simply beyond reach for liberals. They’re either racist or sexist or they love guns or maybe they’re just plain mean. Whatever the reason, they aren’t going to vote for anyone even faintly liberal, and there’s virtually nothing that could persuade them otherwise. For myself, I’d say it’s still worthwhile understanding them for a couple of reasons:

Beyond that, there’s the fact that there are real problems underlying all these various resentments. Addressing those problems may not win any votes, but we lefties should be dedicated to at least trying to help anyone who needs it. If you’re only willing to help the people who will thank you for it, then you’re not really much of a liberal in my book.

UPDATE: Just in case this isn’t obvious, let me add that although I think empathy and understanding are good and necessary, that doesn’t mean I want these folks to run things. On a political level, I just want to win, however we can. If that means hardball, then hardball it is—but afterward an Obama-like sense of fairness and a desire to make things better for everyone, even if it won’t help you in the next election.