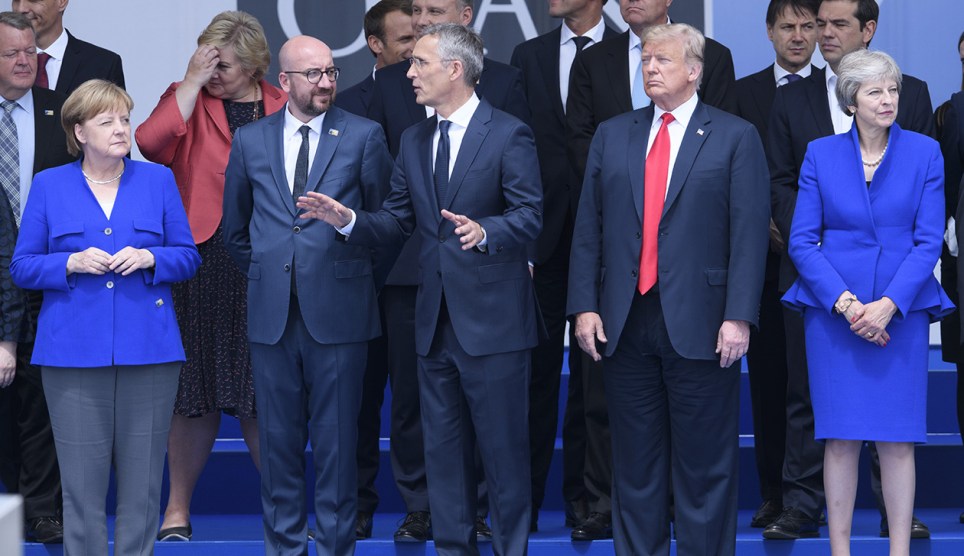 Naturally we get all the usual stuff, barely updated from 2015 when Trump was using it on the campaign trail:

President Trump unleashed a blistering attack Wednesday on Germany and other NATO allies… Washington bears an unfair burden… “Germany…getting so much of its energy from Russia”… complained bitterly about Europe’s lagging defense spending… Even Stoltenberg…appeared reduced to spluttering… aides on both the U.S. and NATO side of a long table shifted in their seats and sat stonefaced… Munich’s Süddeutsche Zeitung headlined its story: “It is not only bad, it is catastrophic.”

Trump wants to be the center of attention and he wants to destroy anything that Barack Obama built. Obama worked hard on the NATO alliance and built a strong relationship with Angela Merkel, so Trump is tearing down NATO and howling about Merkel. There’s nothing more to this, and no one should bother pretending otherwise. Just let him howl and then settle down to business. If Trump theatrically decides not to sign the usual communique at the end of the summit, let him. But whatever anyone does, don’t give him the panic that he wants. Just stare at the ceiling while he rants and then deal with Pompeo and Mattis when it’s all over.