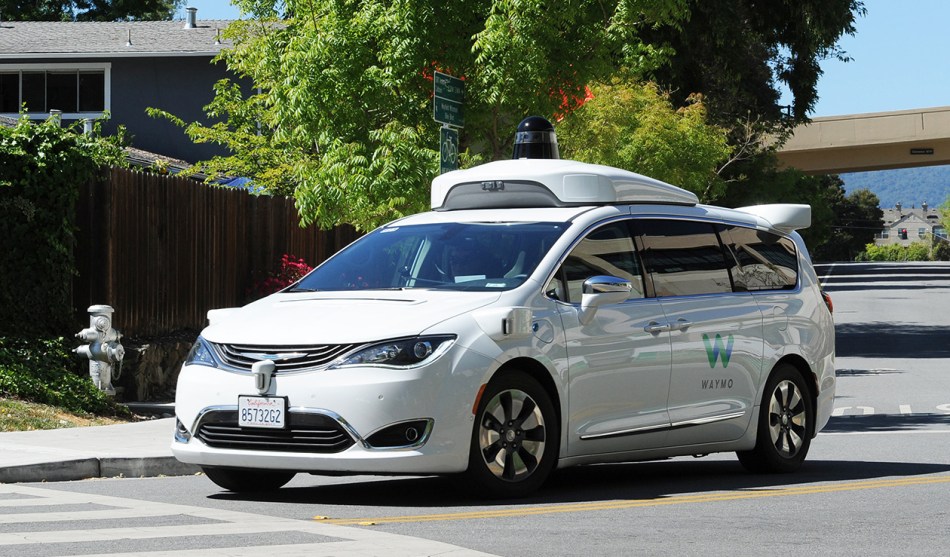 Sure, this Waymo car is fine when it's driving on a "street" in "California" where robots have more rights than humans. But what if this was Texas and someone suddenly pulled out an AR-15 and just started shooting it up for no reason? THEN WHAT???Andrej Sokolow/DPA via ZUMA

Atrios is my usual foil for arguments about whether self-driving cars will ever work, and today he highlights this devastating critique from the Governors Highway Safety Association via CNN:

Jaywalking could become a critical issue. Pedestrians and pranksters, knowing that the cars are programmed to yield to any in their path, could bring traffic to a halt. Outfitting the cars with facial recognition technology could help identify violators, but that raises its own tricky issues.

Yeah, I guess that could be a problem. Of course, pranksters could do this right now, but for some reason they don’t. And if they did, I guess the robot cars could … go around them? Or something?

Anyway, the list of things robot cars will never, ever be able to do seems endless. What if it snows?!? What if the lane markers are hard to see? What if it has to drive onto a ferry boat? What if a police officer gives it instructions? WHAT IF SOME BRILLIANT PHILOSOPHER COMES UP WITH A DIABOLIC VERSION OF THE TROLLEY PROBLEM AND DOWNLOADS IT AS A VIRUS, BRINGING THE ENTIRE ROBOT CAR POPULATION TO A SUDDEN, CONFUSED, STOP???

Come on, folks. This reminds of the early aughts when people were insisting that the entire apparatus of the NSA was probably worthless because the terrorists could just use burner phones, like they did on 24. The thing is, the NSA probably saw that episode too. I imagine they had a few thoughts on the matter.

Ditto for self-driving cars. Anything that pops into your head without any real trouble is probably something that Waymo and Ford and Daimler have thought about too. Are these things all easy to solve? I’d guess not, or else we’d have full self-driving cars already. But they aren’t insurmountable either.

There’s no question that this is difficult technology, and that it will go through a lot of failures on its way to mass-market acceptance. But please, can we stop with the dimwitted claims that there are all sorts of obvious problems that the robot car developers haven’t even thought of? Believe me: if you’ve thought of them, so have they.