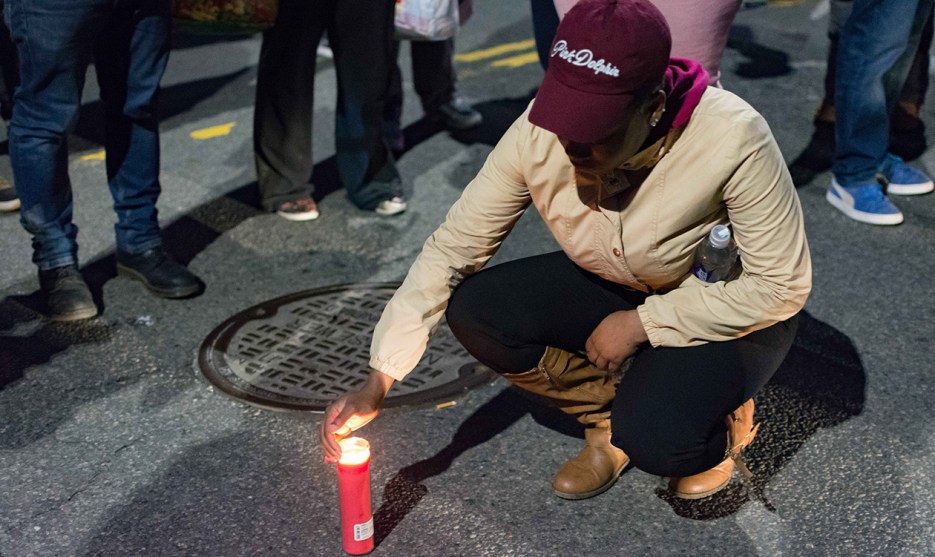 Atrios declares Glenn Kessler of the Washington Post one of America’s Worst Humans today. The link goes to the Splinter’s Katherine Krueger, who explains:

Gather ‘round before I have a fucking stroke.

Kessler’s “analysis” column was responding to a reader who asked about a viral [Beto] O’Rourke clip, during which the congressman, who is running against Ted Cruz, says: “Black men, unarmed, black teenagers, unarmed, and black children, unarmed, are being killed at a frightening level right now, including by members of law enforcement without accountability and without justice.”

But Glenn, tell me, are we really killing so many unarmed black kids?…Perhaps most egregiously, Kessler cast aside the case of Tamir Rice, a 12-year-old who was murdered by a police officer while holding a toy gun….So, the “frightening” part is NOT that police officers are gunning down literal children in our streets. In fact—*shoving glasses up nose, sniveling wildly*—that’s actually statistically quite rare, you see!! As if the very idea that police are killing anyone, particularly children, in our streets AT ALL is not “frightening” enough. This column is what happens when you’re straining so hard to uphold some misplaced standard of “objectivity” and are so horned up about delineating fact from fiction that you lose any sense of moral clarity

Kessler’s moral clarity is perfectly fine. The question from his reader was about whether police are killing unarmed black kids at “frightening levels.” He concludes that they aren’t, and he’s right. Here’s a recent paper that examines the number of all unarmed suspects killed by police in 2014 (the year Michael Brown was killed in Ferguson) and 2015:

Another component of the national debate is that police are wantonly killing unarmed suspects, especially if they are black. We find no support for this claim in our data….Less than 1 percent of the victims of police killing in our data were unarmed. In other words, police killings of unarmed suspects—especially unarmed black men—garner massive media coverage (and not without reason), but they are far less common than the prevailing narrative suggests.

According to this paper, there were two (2) police killings of unarmed suspects each year. That’s all suspects—all races and all ages. Kessler, by contrast, uses an independent Washington Post database that contains more detail on age and race, and concludes that during the period 2015-2018 there was at most one shooting of an unarmed black child (it depends on whether you consider 12-year-old Tamir Rice “armed” because he had a toy gun). Among older children during the same years, police killed three unarmed black teens and six unarmed teens who were white or Hispanic. Altogether, Kessler counts roughly one unarmed child and two unarmed teens of all races who were killed by police each year.

(Things change when we get to adults, but the number depends a lot on how you defined “armed”: Do you count only guns as arms, or do you also count knives, bats, etc? Kessler doesn’t count knives and other weapons and therefore concludes that 90 unarmed black adults were killed over the course of four years. The other study counts anything potentially lethal as “armed,” and thus finds only a total of four killings of unarmed adults over the course of two years.)

There is nothing wrong with any of this. Are unarmed children being gunned down by police at harrowing levels? Obviously not, if this data is correct. Are unarmed suspects in general being gunned down at massive levels? It turns out that this depends on whether you count someone wielding a knife as “unarmed.”

I have my issues with fact checkers, but this one is perfectly fine. Nonetheless, Kessler obviously knows he’s going to get his ass handed to him merely for addressing this question with anything other than the usual bromides:

There’s little question the black community faces extraordinary levels of violence. But whether O’Rouke’s statement qualifies as Pinocchio or Geppetto-worthy depends on how you hear it. There have been virtually no shootings of unarmed children by police in the past five years. But hundreds of black children have been homicide victims.
Given the varying interpretations of O’Rouke’s statement, we won’t offer a rating. But readers are welcome to provide their own judgment below.