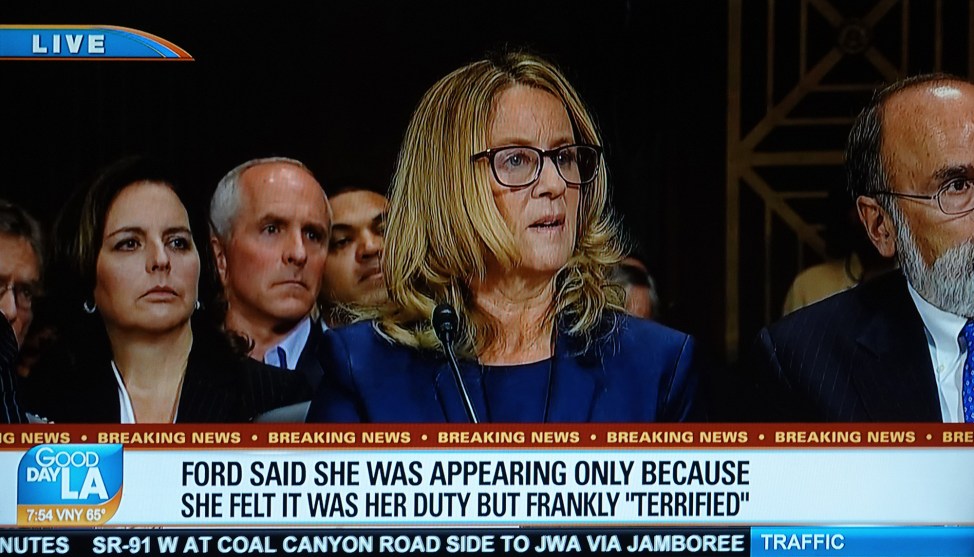 1:55 — Now Mitchell is doing her best to somehow suggest that Ford is being funded and advised by a cabal of Democrats. But no. Her lawyers are both working pro bono.

Are they going to go with the “lookalike” theory in a Senate heading? Really? ARE THEY GOING DOWN THIS ROAD!?!

Ford, to her credit, refuses to say the name of Ed Whelan’s doppelganger on national TV. Good for her.

2:05 — Kamala Harris is now giving yet another speech about what a hero Ford is and how the FBI should have been invited to investigate. Democrats seem way more interested in making sure everyone knows how much they care about sexual assault than they do in asking questions.

2:10 — Hoo boy. Mitchell is now griping about having to do her questioning in five-minute chunks. She’s sort of laughing it off, but obviously she’s not especially happy about how this worked. Then she tried to imply that Ford had deliberately avoided going through a “cognitive interview,” which would have really gotten to the truth of what happened. But that went nowhere, and now she’s done. As near as I can tell, her entire round of questioning brought up nothing new and shed no light on anything.