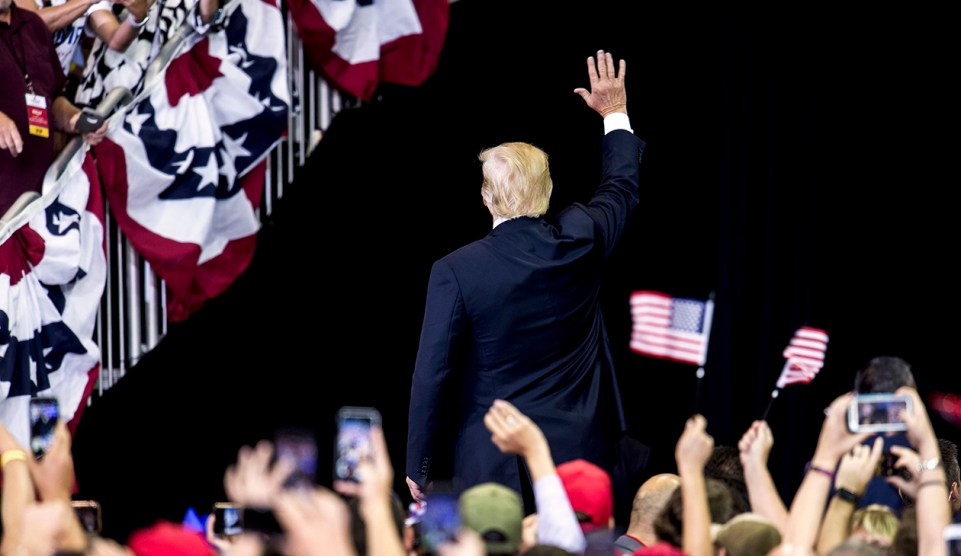 Bob Woodward’s new book about Donald Trump has been leaked, and the Washington Post has excerpts. For today, let’s focus on the name-calling:

Trump questioned why the government was spending resources in [Korea] at all. “We’re doing this in order to prevent World War III,” Defense Secretary Jim Mattis told him. After Trump left the meeting, Woodward recounts, “Mattis was particularly exasperated and alarmed, telling close associates that the president acted like — and had the understanding of — ‘a fifth- or sixth-grader.’ ”

….White House Chief of Staff John F. Kelly frequently lost his temper and told colleagues that he thought the president was “unhinged,” Woodward writes. In one small group meeting, Kelly said of Trump: “He’s an idiot. It’s pointless to try to convince him of anything. He’s gone off the rails. We’re in Crazytown. I don’t even know why any of us are here. This is the worst job I’ve ever had.”

….Reince Priebus, Kelly’s predecessor, fretted that he could do little to constrain Trump from sparking chaos. Woodward writes that Priebus dubbed the presidential bedroom, where Trump obsessively watched cable news and tweeted, “the devil’s workshop,” and said early mornings and Sunday evenings, when the president often set off tweetstorms, were “the witching hour.”

….Cohn came to regard the president as “a professional liar” and threatened to resign in August 2017 over Trump’s handling of a deadly white supremacist rally in Charlottesville.

….On March 5, Dowd and Trump attorney Jay Sekulow met in Mueller’s office with the special counsel and his deputy, James Quarles, where Dowd and Sekulow reenacted Trump’s January practice session…..Dowd then explained to Mueller and Quarles why he was trying to keep the president from testifying: “I’m not going to sit there and let him look like an idiot. And you publish that transcript, because everything leaks in Washington, and the guys overseas are going to say, ‘I told you he was an idiot. I told you he was a goddamn dumbbell. What are we dealing with this idiot for?’ ”

So there you have it: fifth-grader, unhinged, professional liar, and goddamn dumbbell. But Trump gave as good as he got. Priebus was “a little rat.” H.R. McMaster dressed “like a beer salesman.” He told Wilbur Ross to his face that he was “past your prime.” Jeff Sessions was “mentally retarded.”

Makes you proud to be an American, doesn’t it?