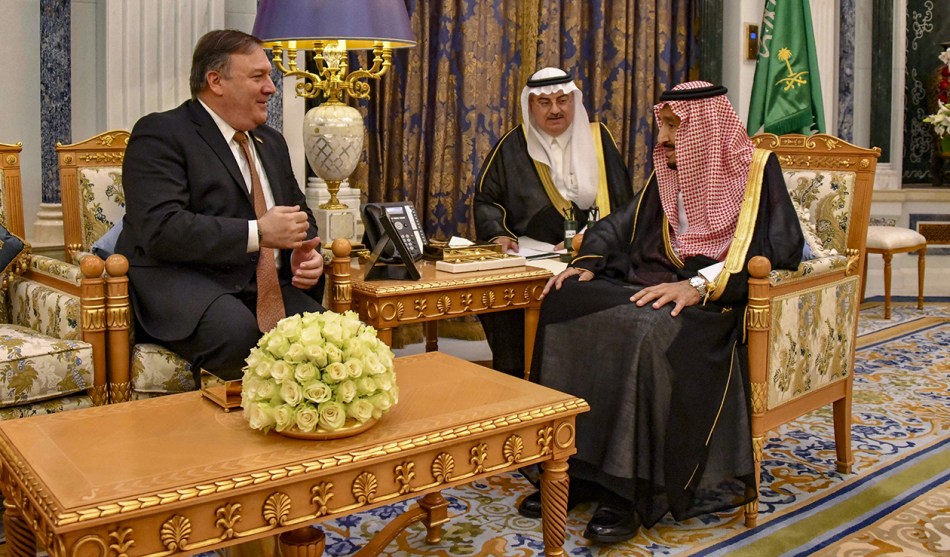 Still all smiles!State Department via ZUMA

The Trump administration and the Saudi royal family are searching for a mutually agreeable explanation for the death of journalist Jamal Khashoggi — one that will avoid implicating Crown Prince Mohammed bin Salman, who is among the president’s closest foreign allies, according to analysts and officials in multiple countries.

That’s from the Washington Post and it’s presented as straight news. The leadership of Saudi Arabia has been appalling for a long time, so it’s not especially surprising that they’d order the murder of a political activist they found annoying. But even the most cynical critic of American foreign policy has to be gobsmacked that our president is all-but-publicly casting about for some kind of semi-acceptable coverup. I guess there’s no need to keep it discreet since he knows that no matter how preposterous the story is, Fox News and congressional Republicans will just shrug and then get back to the important business of confirming corporate-friendly judges.

I try not to let my depression and discouragement become too obvious. A lot of it is due not to current events, but to the temporary fatigue and tiredness I get from the chemo drugs I take. I know that. But damn. Between Kavanaugh and Khashoggi and the degeneracy of the Republican Party and just the unbelievable fact that Donald Trump is president of the United States,¹ I barely feel like getting out of bed anymore.