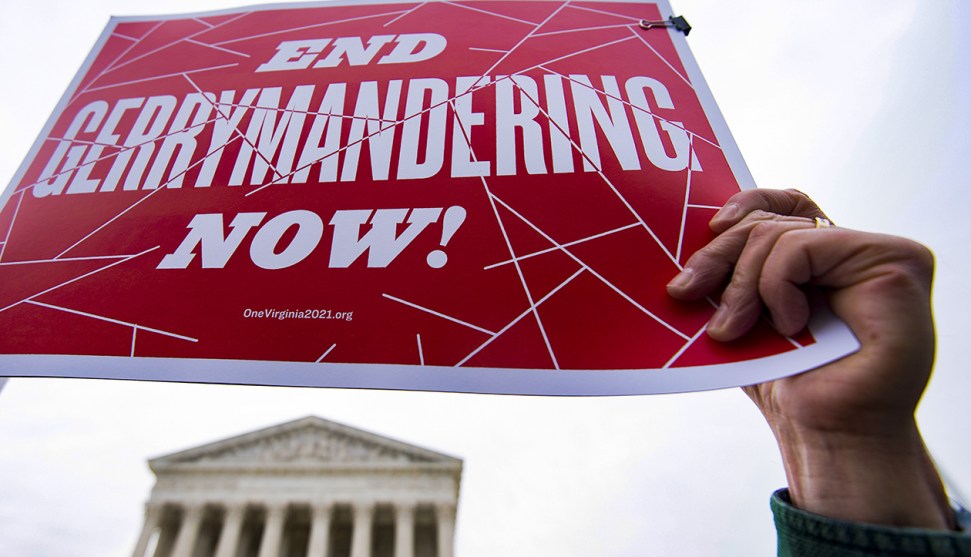 New Jersey Democrats are showing some of the same political ingenuity that we’ve typically seen only from Republicans in the past:

Legislative power brokers across the country have long designed district lines in back-room deals that entrenched their control for years, if not decades. But now, Democratic lawmakers in New Jersey are carrying out a power grab in an unusually public fashion: They are seeking to make Republicans a permanent minority by essentially writing gerrymandering into the State Constitution.

…Typically, a proposed constitutional amendment requires a three-fifths majority in the state legislature before it can get on the ballot. But since no Republican supports the redistricting plan, it seems unlikely that it would ever succeed in either chamber in Trenton. Instead, Democratic leaders are digging deep into the state’s laws and using a provision allowing an amendment that passes the state legislature with a simple majority in two consecutive calendar years to be placed on the ballot.

Democrats have scheduled a vote on the redistricting plan for Monday, the final day the legislature is to meet this year. Then they are likely to bring it up again in early January, satisfying the two-year requirement in less than a month. Should the measure pass in both instances, the proposal could be put on the ballot in November.

I am all for this. Is that because I’m a political hack who eagerly looks forward to giving Republicans a taste of their own medicine? Of course not. It’s more that … it would … oh hell. Yes, that’s part of it. The prospect of watching Republicans whine and moan about this is really pretty delightful.

But here’s the real reason: this is the only thing that will ever get the Supreme Court off its butt to do something about gerrymandering. I’m dead serious here. Conservatives on the Supreme Court aren’t likely to ever address gerrymandering until it’s crystal clear that Democrats can be every bit as ruthless and shady as Republicans. As long as red-state Republicans pass bill after bill screwing Democrats, while blue states like California and New Jersey and New York do nothing, there will always be a majority on the Supreme Court to shrug it off as a “political” question and do nothing.