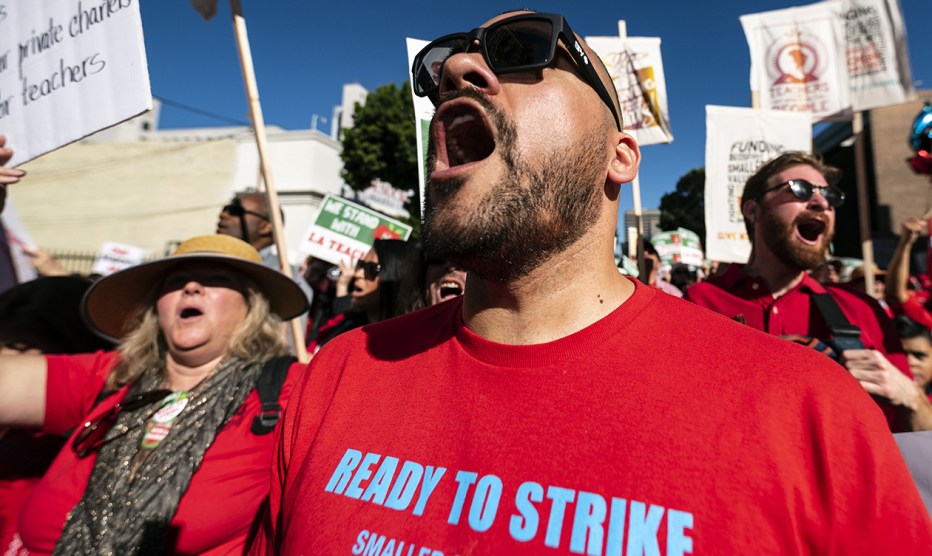 I am generally pro-union, but then again, I’m also pro-taxpayer, which puts me in a bit of a difficult position when it comes to public-employee unions. The fundamental problem is simple: most unions bargain with a management group that’s entirely independent. They duke it out, and eventually come to an agreement that probably gives workers a decent deal and probably doesn’t bankrupt the company.

But it’s different in the public sector, where “management” consists of elected officials who often rely on the unions for campaign donations and doorbell ringing. There isn’t really a clean separation between workers and management.

There are various ways to improve this state of affairs, and one of them is to make negotiations more transparent. Bob Wickers and Sam Coleman are a couple of conservatives who belong to an anti-public-sector-union organization, but they still make a good point in the LA Times today:

Even though taxpayers will have to fund whatever agreement is ultimately reached, the public knows virtually nothing about the proceedings….Transparency in negotiations involving public employee unions is prohibited by law in California, which means voters never know how public officials are performing one of their most important jobs.

It doesn’t have to be this way….There was a time in California when transparency wasn’t barred by statute, however, and a number of cities adopted so-called COIN laws, which stands for Civic Openness in Negotiations. In 2012, Costa Mesa was the first to adopt such a law, and Orange County, Beverly Hills, Fountain Valley, Fullerton, Pacific Palisades and Rancho Palos Verdes soon followed. This newspaper editorialized in favor of Los Angeles adopting its own transparency law after witnessing politicians signing off on city employee pay raises and other benefits “with little public vetting of the contracts or debate over the costs and long-term budget impact.”

But it wasn’t to be. Seeing COIN as a growing threat to their ability to negotiate favorable contracts, government unions pressured their friends in Sacramento to shut it down. In 2015, the California Legislature passed, and the governor signed into law, a bill by then-Sen. Tony Mendoza that barred municipalities from adopting COIN laws.

In private-sector negotiations, perhaps the public has no right to know what the two sides are haggling over. But in public-sector negotiations, where taxpayers are ultimately paying for the final contract, it sure seems like they do. It would undoubtedly create a mess as the noise machines cranked up to misrepresent every paragraph, clause, and sentence in the proposals, but we live with that kind of mess all the time. On the bright side, both sides would also be a little embarrassed to be caught making ridiculous demands, so those would fade away and perhaps contracts could be negotiated a little faster.

I’m not a transparency purist. Sometimes things get done better when everyone has a chance to privately suggest compromises that their own supporters would hate. But transparency in a case like this is a good idea. If I’m going to support one side or the other in, say, the LA Teachers strike, I’d sure like to know for sure what both sides are asking for and offering.