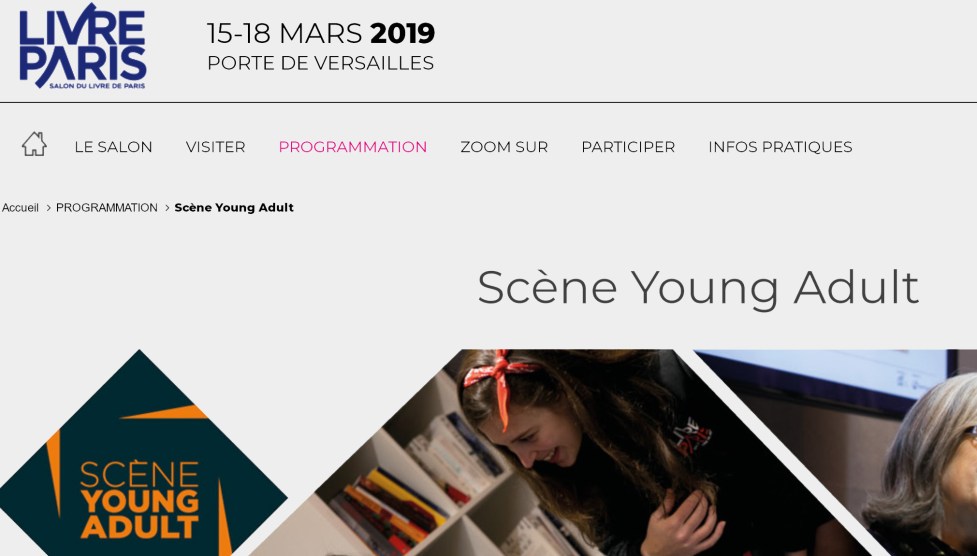 A celebration of the “Scène Young Adult” at the Salon du Livre in Paris next month has drawn the condemnation of dozens of French authors and intellectuals, who have described the adoption of English terminology as an “unbearable act of cultural delinquency”. The proliferation of English words on display at the book fair, where the “scène YA” was set to feature “Le Live”, a “Bookroom”, a “photobooth” and a “bookquizz”, spurred around 100 French writers into action, among them three winners of the country’s Goncourt prize — Lullaby author Leïla Slimani, Tahar Ben Jelloun and Marie NDiaye — and the bestselling writers Muriel Barbery and Catherine Millet. Together they have issued a scalding rebuke to organisers over their use of that “sub-English known as globish”.

….“For us, intellectuals, writers, teachers, journalists and lovers of this language from all walks of life, ‘young adult’ represents the straw that broke the camel’s back … This use of ‘young adult’, because it is referring to French literature, because it is deliberately addressing young French people looking for readings, is too much. It has become an aggression, an insult, an unbearable act of cultural delinquency.”

….Following publication of the letter, the Salon du Livre website has been updated, according to Le Monde. Although it still refers to the young adult scene, there are no longer any references to a photobooth, a bookquizz or a bookroom.

So I’ve got a question for any French natives who might be reading this. I know this is a longstanding grievance, and that France protects the French language with an unusual fervor. But haven’t any of these folks looked around and noticed what happens in other countries that don’t bother with this fanatical approach to language? What happens is…nothing. At least, as near as I can tell. German is still German, Italian is still Italian, and Russian is still Russian. They share words back and forth constantly and it doesn’t seem to have had any effect at all on the purity of their languages. So why keep up this fight? What am I missing?