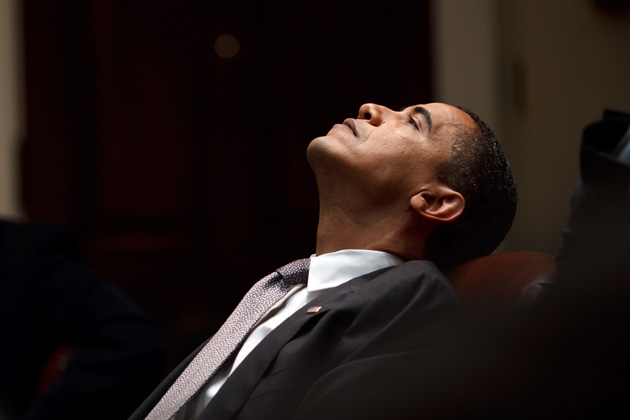 Behold Scott Jennings, longtime conservative advisor and commentator, explaining to Democrats that they should let the whole Trump-Russia thing go:

No matter how disappointed the Schiffs and Swalwells are now, they must issue mea culpas for dividing the country — to begin to heal this nation today and prepare a clean slate for the next Democrat to occupy the Oval Office….Former President Obama also has a role to play in healing this nation and saving his party’s next White House occupant. Mueller’s report proved two things: Trump did not collude with Russia, but a great many Russians interfered in our democracy on Obama’s watch, after they invaded Crimea and shoved Obama aside in Syria. A word from the former president acknowledging his administration’s failure to stop a hostile foreign power from attacking our democracy would help Washington move to the next task: securing our democracy so the Russians or any other foreign actor can’t hurt us again.

The chutzpah here is truly epic. Remember this?

In early September [of 2016], Johnson, Comey, and Monaco arrived on Capitol Hill in a caravan of black SUVs for a meeting with 12 key members of Congress, including the leadership of both parties. The meeting devolved into a partisan squabble. “The Dems were, ‘Hey, we have to tell the public,’ ” recalled one participant. But Republicans resisted, arguing that to warn the public that the election was under attack would further Russia’s aim of sapping confidence in the system.

And this from Joe Biden?

Mitch McConnell—who I get on with well and who’s a smart guy—Mitch McConnell wanted no part of having a bipartisan commitment that we would say, essentially, Russia’s doing this. Stop. Bipartisan, so it couldn’t be used as a weapon against the democratic nominee of a president trying to use the intelligence community…. Brennan and company came up and said: Here’s what we know. Why don’t we put out a bipartisan warning to Russia—hands off, man, or there’s going to be a problem? Democrat, Republican. Well, they would have no part of it.

But yes, it’s Obama who should apologize for the Russian hacking. Unbelievable.