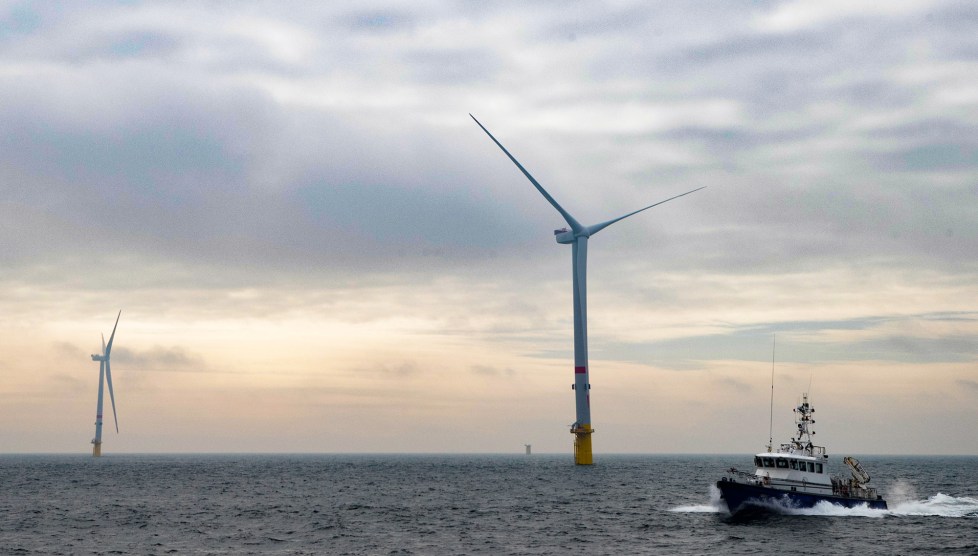 The reason Donald Trump hates wind power is because of offshore wind turbines like these. He engaged in an epic battle to keep them away from his golf club in Scotland, but lost. Earlier this year, he was even ordered to pay the government's legal costs for defending themselves against his lawsuit. That's why he hates wind turbines.Benoit Doppagne/Belga via ZUMA

A couple of days ago President Trump said the noise from wind farms might cause cancer. Not the wind turbines themselves, the noise from the turbines. Is Trump right? Iowa is a leader in wind production, so the AP asked Iowa’s governor:

Asked about Trump’s claim, Republican Gov. Kim Reynolds refused to say the president was wrong, saying it was not her place to do so. “You know how those things change. One year coffee is good for you and the next year coffee causes cancer,” she said. “That’s what happens. We’ve got a lot of people that are driving the industry and investing in the industry and we should be proud of our position.”

The unwillingness of Republicans to criticize even the most idiotic of Trump’s ramblings is really something to behold.