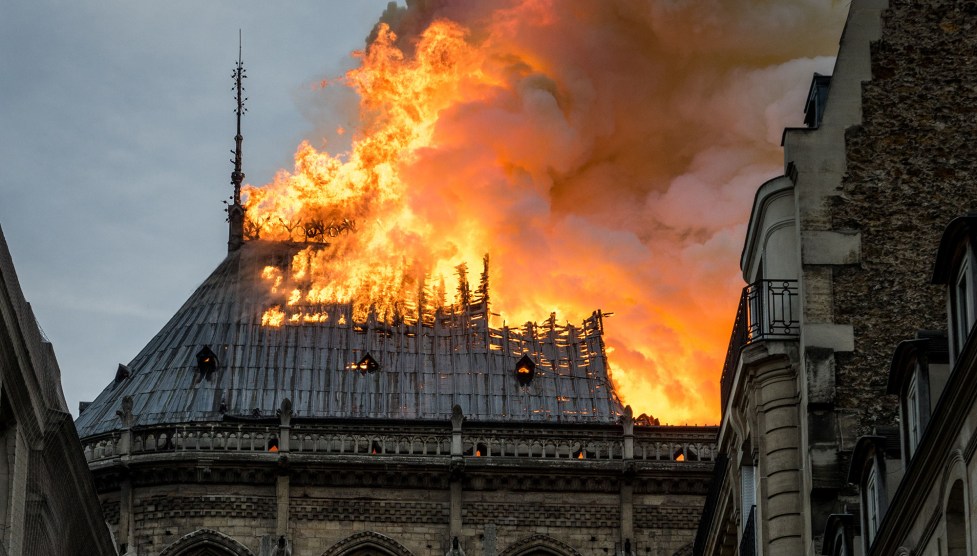 @ClaraJeffery @marynmck Know any environmental journos who want to take this story? I’ve been slightly obsessing about if for days now. It was 210 TONS of lead. It went *somewhere* … https://t.co/EaY1ly2qUG

That’s a lot of lead. And I am not an expert in how lead circulates in the atmosphere. However, for two reasons I suspect this isn’t too big a concern:

I too would like to hear from an expert about this, but in the meantime my best guess is that the release of lead into the atmosphere is a fairly minor issue.

Note that I’m talking here about the effect on the area surrounding the cathedral. Needless to say, lead contamination inside the cathedral is likely to be a big problem for the cleanup crew.

¹As opposed to the lead in gasoline, which comes in the form of tetraethyl lead. This molecule contains 20 hydrogen atoms, 8 carbon atoms, and one lead atom, which makes it relatively light. It’s still heavier than air, but not so much that it can’t drift quite a distance on wind currents.