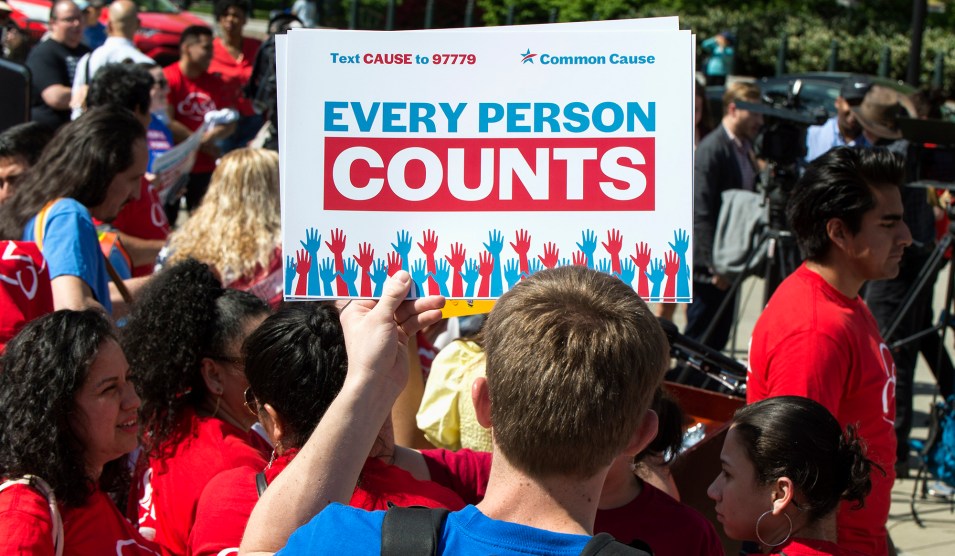 In oral hearings yesterday, the Supreme Court’s five conservatives made it pretty clear that they intend to allow Commerce Secretary Wilbur Ross to add a question about citizenship to the 2020 census. One of Josh Marshall’s readers offers a pointed and largely correct explanation of why this is so bad:

Everyone knows that in the census case Ross “papered” a rationale to justify a decision made for other reasons. But the Court can overturn the decision without finding that he lied — simply by holding that it was arbitrary and capricious to sacrifice the accuracy of the count to obtain citizenship data that could be obtained (at least as accurately, and perhaps more accurately) through administrative records without adding a question to the census. That seems a pretty reasonable holding given that the Constitution itself focuses on an accurate count of the whole population.

But if the Court goes the other way, it is truly an “emperor has no clothes” opinion. The Court will uphold the reasonableness of Ross’s “determination” even though everyone knows those were not his real reasons — in other words, basing its ruling on what everyone knows to be a fictional story, concocted to pass judicial muster. If the Court is willing to tolerate that, what won’t it tolerate?

And then there are the plainly partisan consequences of the ruling. Combine it with the almost-certain rejection of constitutional challenges to gerrymandering, and other election-related decisions and everything points in the same direction — entrenchment of Republican power to resist the forces of demographic change.

In the end, I suspect this will have less impact than liberals fear—partly because the nonpartisan wonks who just want an accurate count will figure out a way to get an accurate count. But Marshall’s reader is right: the evidence against Ross is pretty clear, and everyone knows exactly why he wants a citizenship question on the census. The hope is that undocumented residents will be afraid to talk with census takers, which will result in an undercount in states with a lot of undocumented residents. These are mostly blue states, so perhaps they’ll lose a seat or three in the 2020 redistricting? It’s worth a shot!

Republicans know that they’re in a demographic death spiral, so they’ve been doing their best to nickel-and-dime additional votes over the past decade. They’ve tried voter ID laws, gerrymandering, targeting of black voters, and now the census. In every case, the Republican majority on the Supreme Court has taken their side. It’s hard to think of a series of cases that could more clearly demonstrate that Republicans on the Supreme Court are naked partisans when it comes to voting issues, but they don’t seem to care. This is why Mitch McConnell broke the Senate in order to get another Republican on the court, and it looks likely to pay off yet again.