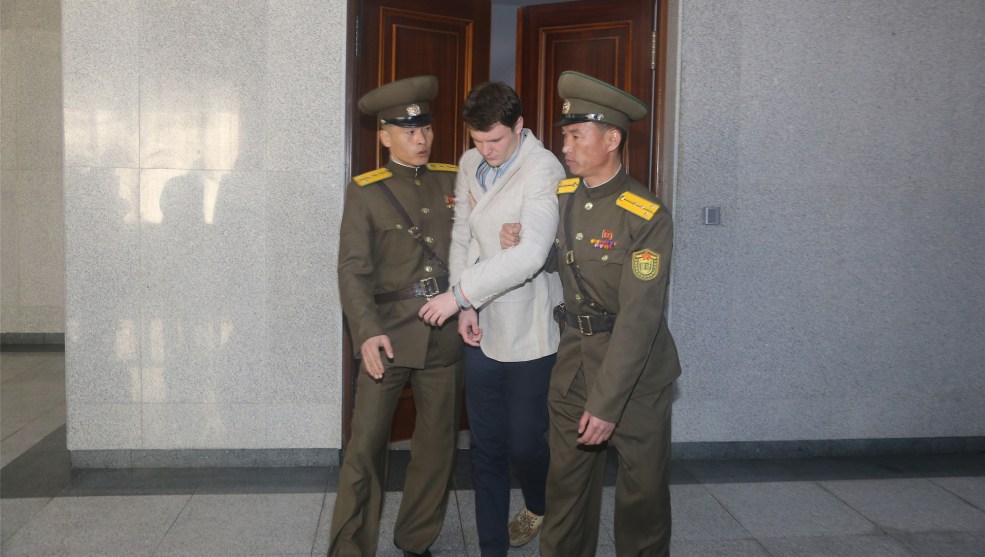 A comatose Otto Warmbier being hauled around in a 2017 propaganda photo from the North Korean government.Xinhua via ZUMA

What the actual fuck?

North Korea issued a $2 million bill for the hospital care of comatose American Otto Warmbier, insisting that a U.S. official sign a pledge to pay it before being allowed to fly the University of Virginia student from Pyongyang in 2017.

The presentation of the invoice — not previously disclosed by U.S. or North Korean officials — was extraordinarily brazen even for a regime known for its aggressive tactics. But the main U.S. envoy sent to retrieve Warmbier signed an agreement to pay the medical bill on instructions passed down from President Trump, according to two people familiar with the situation. They spoke on the condition of anonymity because they were not authorized to discuss the matter publicly.

The bill went to the Treasury Department, where it remained — unpaid — throughout 2017, the people said. However, it is unclear whether the Trump administration later paid the bill, or whether it came up during preparations for Trump’s two summits with Kim Jong Un. The White House declined to comment. “We do not comment on hostage negotiations, which is why they have been so successful during this administration,” White House press secretary Sarah Sanders wrote in an email.

No wonder Trump likes Kim Jong Un so much. They’re birds of a feather.