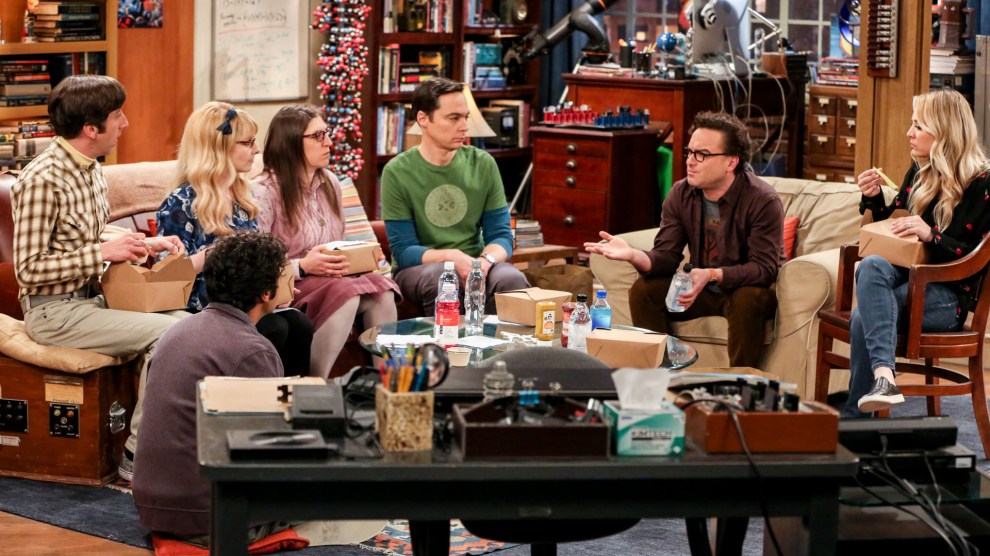 Tonight is the last episode of The Big Bang Theory. Here’s my story about that.

As you all know, five years ago I was diagnosed with multiple myeloma and spent a week in the hospital. Anybody who’s been through something like this probably knows what I’m talking about when I say that it was harder on Marian than on me. A cancer diagnosis is terrifying on its own, but a spouse has the additional anxiety of helplessness. All Marian could do was go home each night and worry.

I hobbled home after a week, and when I turned on the TV it was tuned to TBS, which, as usual, was showing reruns of The Big Bang Theory. It turned out that BBT had been part of what kept Marian sane while I was in the hospital. She had discovered it while channel surfing, and it was just what she needed. Not a sophisticated, bittersweet, single-camera semi-comedy. Just an old-fashioned, brightly lit, multi-cam yuk fest. Did all the jokes land? No. But enough of them did. It was a funny show that didn’t require a whole lot of mental energy to watch, and that was perfect for the moment.

I’ve been watching it with Marian ever since. Thanks, Chuck Lorre.