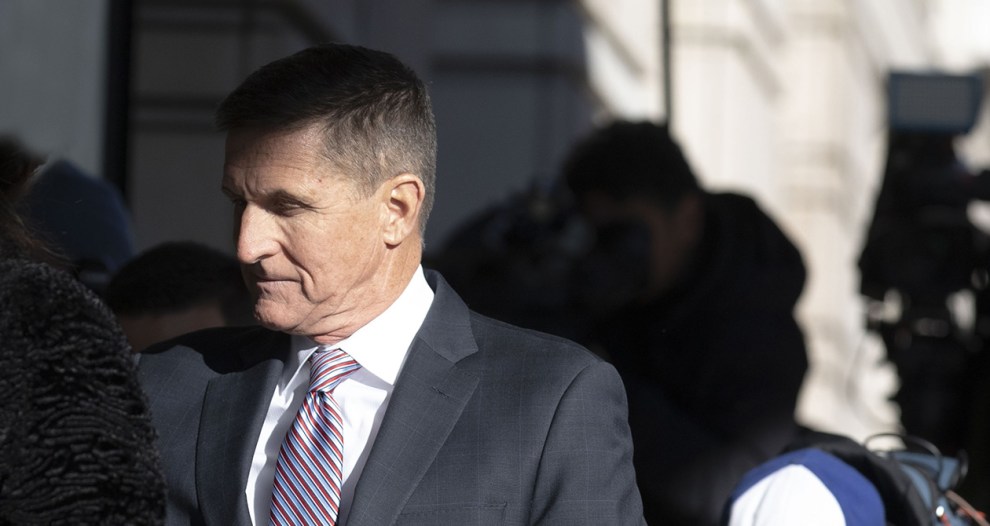 Hey, maybe it’s worthwhile for Congress to keep looking into those obstruction-of-justice charges against President Trump after all:

Former national security adviser Michael Flynn told investigators that people linked to the Trump administration and Congress reached out to him in an effort to interfere in the Russia probe, according to newly-unredacted court papers filed Thursday….“The defendant informed the government of multiple instances, both before and after his guilty plea, where either he or his attorneys received communications from persons connected to the Administration or Congress that could’ve affected both his willingness to cooperate and the completeness of that cooperation,” the court papers say.

A federal judge on Thursday ordered that prosecutors make public a transcript of a phone call that former national security adviser Michael Flynn tried hard to hide with a lie: his conversation with a Russian ambassador in late 2016. U.S. District Judge Emmet G. Sullivan in Washington ordered the government also to provide a public transcript of a November 2017 voice mail involving Flynn. In that sensitive call, President Trump’s attorney left a message for Flynn’s attorney reminding him of the president’s fondness for Flynn at a time when Flynn was considering cooperating with federal investigators.

So Flynn got a phone call about interfering with the Russia investigation, and a judge has ordered that a transcript be made public by May 31. That should be interesting.