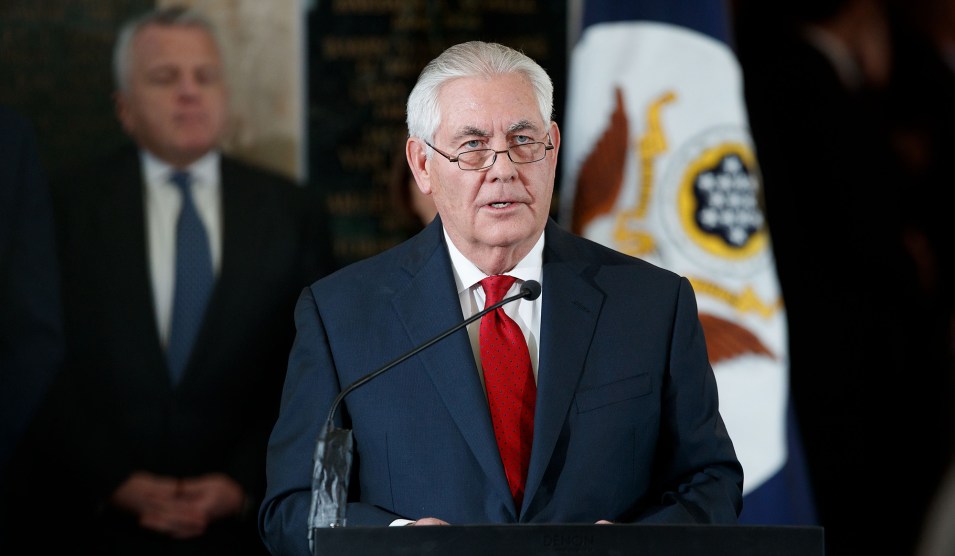 Former Secretary of State met with leaders of the House Foreign Affairs committee on Tuesday. The Daily Beast reports:

Tillerson reached out to the committee and expressed a willingness to meet, a committee aide said. In a more than six-hour meeting, he told members and staffers that the Trump administration actively avoided confronting Russia about allegations of interference in the election in an effort to develop a solid relationship with the Kremlin, a committee aide told The Daily Beast.

Not a big surprise, I guess, but it’s always nice to have insider confirmation. I suspect, however, that a desire to develop a “solid relationship with the Kremlin” wasn’t the only reason Trump didn’t confront Putin about this. He also wanted to make it clear that further interference in 2020 would be just peachy.