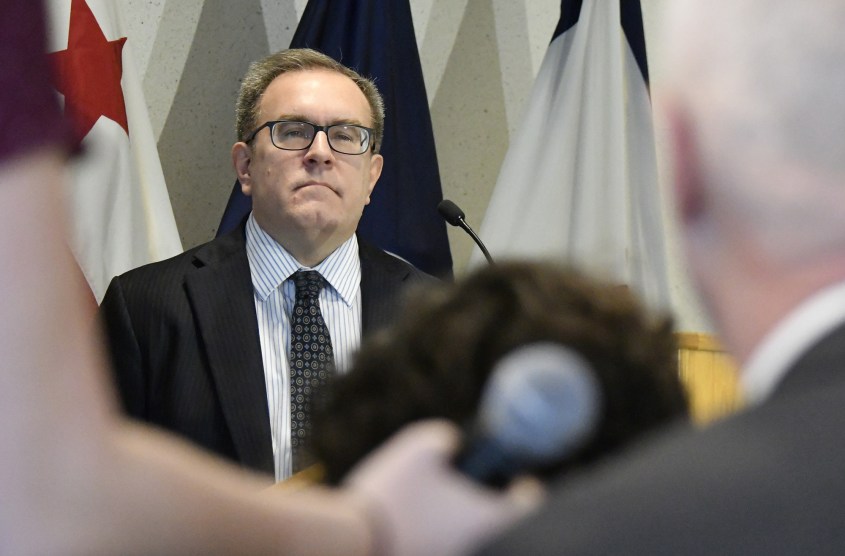 In most studies of new drugs, half the patients are given the experimental drug and the other half are given a placebo. It’s a “blinded” study because the patients don’t know which they’ve been given. In a double-blinded study, the doctors don’t know either. Andrew Wheeler, head of the EPA, is a wee bit confused about this:

FDA routinely uses the double-blind scientific studies for their work where they have two teams of researchers replicating the same data, both teams don’t know each other exist and where they are. We don’t do that at the agency, we don’t do that across the entire federal government. I’ve believed for a long time that federal research would be more accepted by the public if you used the double-blind standard for everything.

Is Wheeler really this dumb, or was this deliberate? Trump’s EPA has been pushing the idea that we should have a “red-team-blue-team” approach to studying climate change, where the red team would be made up of skeptics. By pretending that this is what researchers mean by a double-blinded study, Wheeler is making it seem as if this approach would be nothing more than adopting best practices for scientific work. In reality, it’s just an excuse to put together a team of cranks on the taxpayer’s dime.

This is the latest example of “stupid or evil?” As always, it could be either. Or both. But this time I’m guessing evil. Wheeler’s “mistake” is a little too pat and a little too redolent of his mentor, Sen. James Inhofe, Congress’s lead climate change denier. His old boss must be proud.