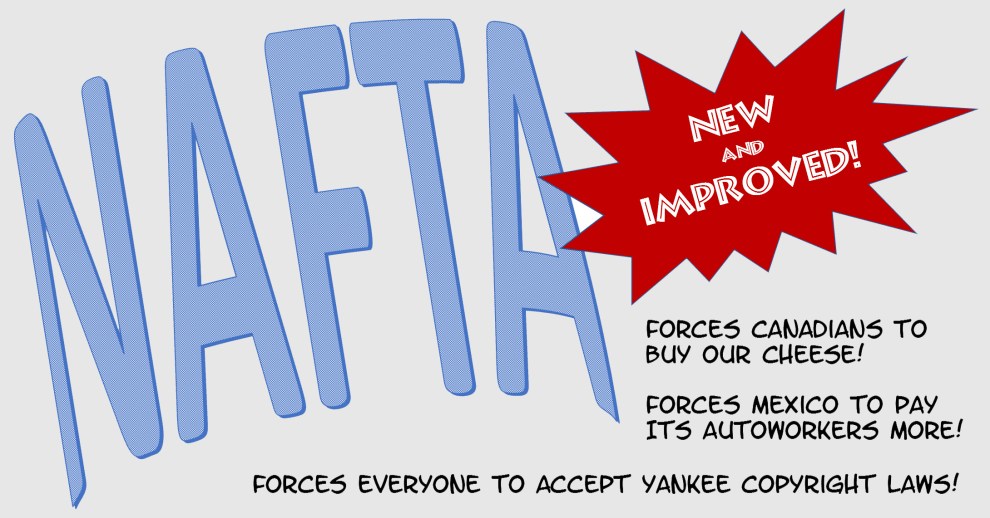 Brad DeLong has a question:

The differences between Clinton’s NAFTA—which Trump called the worst trade deal ever—and the Trump-Lighthizer’s USMCA—of which Trump is very, very, very proud indeed: GREATEST TRADE DEAL EVER!! MAKES AMERICA GREAT!!!!—are either (a) trivial, (b) parts of the Trump-nuked Trans-Pacific Partnership, or (c) changes in auto parts rules of origin that are not on the manufacturers’ wish list and are not really on the United Auto Workers’ wish-list either.

How did this happen? Nobody I communicate with has yet managed to figure this out.

Brad, Brad, Brad. This has been Trump’s best strategy from the start: do something trivial and then market the hell out of it. Sure, there’s not much difference between NAFTA and New NAFTA, but there’s not much difference between Tide and New Tide, either. So what? It’s almost an axiom of marketing that success has no correlation with the intrinsic quality of the product being sold.

Even Trump is probably smart enough to know that he can’t actually solve any of the problems he campaigned on. But he doesn’t care. He just needs something, anything, that allows him to claim victory. That’s plenty for his fans, who believe everything he says.

However, this presents us with a different question: if all Trump needs is a little something, why is he actively sabotaging USMCA? He should be doing his best to bulldoze it over the finish line so that he has his little something. But he’s not. Why?