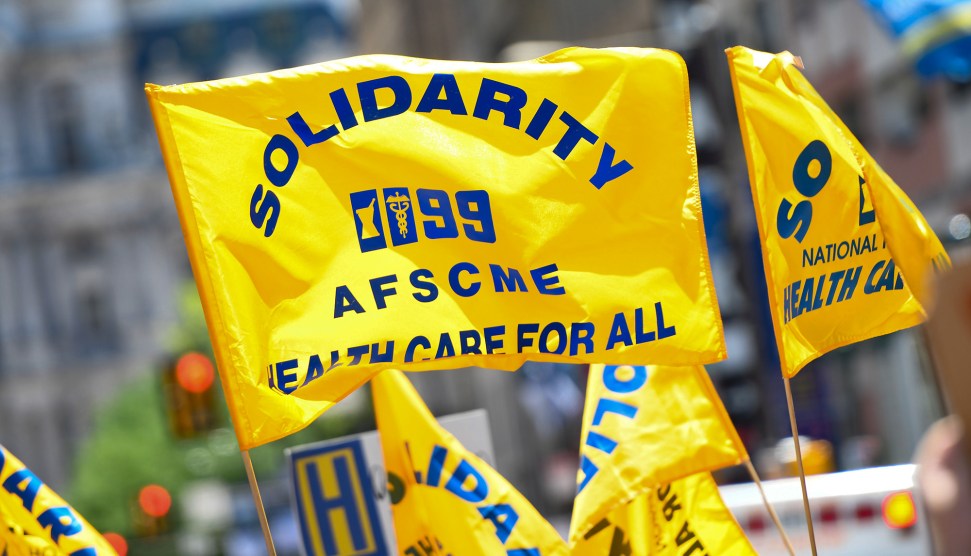 Better not tell these guys that you want to cut health care costs by paying nurses less.Ricky Fitchett/ZUMA

This is your periodic reminder that national health care is free.

Here’s what I mean. This year we’ll spend about $3.8 trillion on health care. Of that, about half comes from the government in the form of Medicare, Medicaid, CHIP, the VA, etc. The other half is mostly paid by consumers, either directly or via their employers.

If we had a national health care plan today, we would spend about . . . $3.8 trillion. The only difference would be in how we pay it. We could make employers pay a head tax. We could take employers out of the picture altogether and pay for it via income tax or a VAT or a payroll tax. Or we could invent some insane Rube Goldberg system of raising the money, which is probably what would happen in real life.

There are, of course, optimists out there who think that national health care would save us money. These people are dreamers. You see, the vast bulk of health care spending goes to providers. This means that the only way to reduce spending is to pay doctors less, pay nurses less, pay drug companies less, and pay device manufacturers less. This will not happen, and anyone who’s serious about national health care would be insane to try. Why put up an enormous barrier to success, after all?

The one thing we probably could do is get rid of insurance companies, which would save a bit of money—probably about enough to make up for the cost of adding the remaining uninsured to the system. So in the end it comes out even after all.

And that’s that. Within a reasonable range of error, national health care is free. It doesn’t matter if it’s Joe Biden’s plan or Bernie Sanders’ plan or anyone else’s plan. We’d still spend $3.8 trillion. The only question is precisely where and from whom the money comes from.