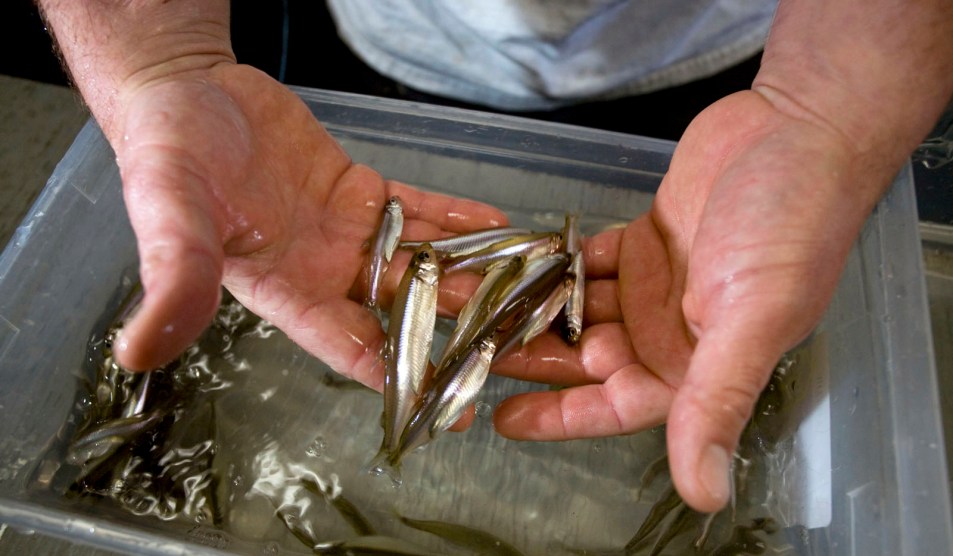 Over at National Review, Jack Fowler takes on a bill pending in the California legislature to save the Sacramento-San Joaquin Delta:

For years, California’s bureaucrats, who are even more radical than Obama-era natural-resources federal regulators were, have shown great determination to deny the flow of fresh water from mountain snowpacks, watersheds, and reservoirs to the famous Central Valley, which, when supplied H2O, puts fruits and vegetables on the world’s tables.

….In years past, enough of the Delta’s accumulated fresh water was pumped and piped south, to the dependent, rain-scarce Valley, where farmers — or, in the jargon of the Left, “billionaire farmers” — grow your tomatoes, celery, almonds, pears, peaches . . . you name it. Now, rather than allow that pumping — because the pumps kill a threatened fish, the infamous Delta smelt (the farmers’ offer to hatch and repopulate the fish in the Delta is met with a bureaucratic no) — billions of gallons of fresh water instead flow from the Delta west, much of its passing under the Golden Gate Bridge on its way into the Pacific Ocean. In other words, a tiny fish trumps America’s food needs and the economy of the Central Valley.

This is so tiresome. Why not just tell the truth and argue your point honestly? Here is the latest inventory of the “infamous” delta smelt:

The delta smelt is practically extinct in the wild already. So could the delta be repopulated by taking up the farmers’ offer to “hatch and repopulate the fish,” as Fowler says? That certainly sounds like common sense!

Except that the delta smelt war has never really been about the delta smelt at all. That just makes a convenient whipping boy for the right. The smelt is a bellwether for the entire delta ecosystem, which is getting saltier and more brackish every year because the natural spring flow of freshwater from the mountain snowpack through the delta has increasingly been diverted to Central Valley farmers. The fight over the smelt is really a fight over the health of the entire delta ecosystem.

Now, you can argue that we shouldn’t care so much about the delta. Central Valley farming and Southern California families are more important. Fine. But make the honest argument: abandon the smelt demagoguery and defend the proposition that the health of the delta isn’t a big deal and we should stop worrying about it. What’s wrong with having an honest debate about whether we should allow the delta to degenerate in order to feed the country?