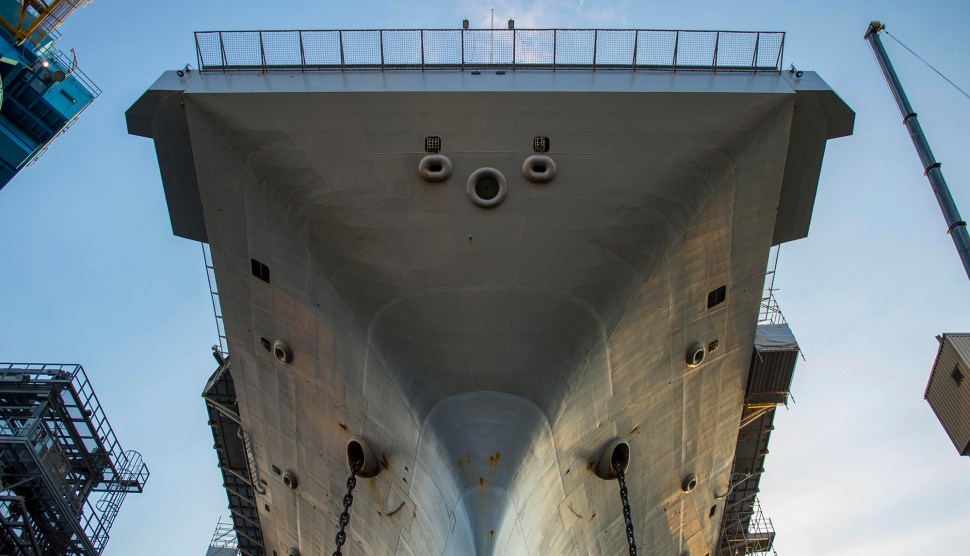 Over at the Washington Post, Hugh Hewitt gives Donald Trump some advice about how to win reelection: tell the Navy to build more stuff in Michigan, Wisconsin, and Pennsylvania. I’m not joking or exaggerating. Hewitt is very explicit about the whole thing:

A focus on Michigan, Pennsylvania and Wisconsin need not be limited to the Defense Department. Recently, Sen. Cory Gardner (R-Colo.) pushed successfully for the planned relocation of the Interior Department’s Bureau of Land Management to Grand Junction, Colo., in a brilliant move to bring bureaucrats closer to the citizens they regulate and whom they are supposed to serve. Sending large parts of the Environmental Protection Agency to Flint, Mich., or nearby locations would drive home the same message.

Trump has the chance to drain the swamp while making government agencies much more attuned to the people in flyover country. But he must act soon.

Behold modern conservatism: the way to drain the swamp is to order the military to spend more money in swing states, with the express purpose of helping a Republican win the election. And don’t even bother trying to hide what you’re doing. Go ahead and write about it openly in one of the most influential newspapers in America. That’s making America great again, my friends.