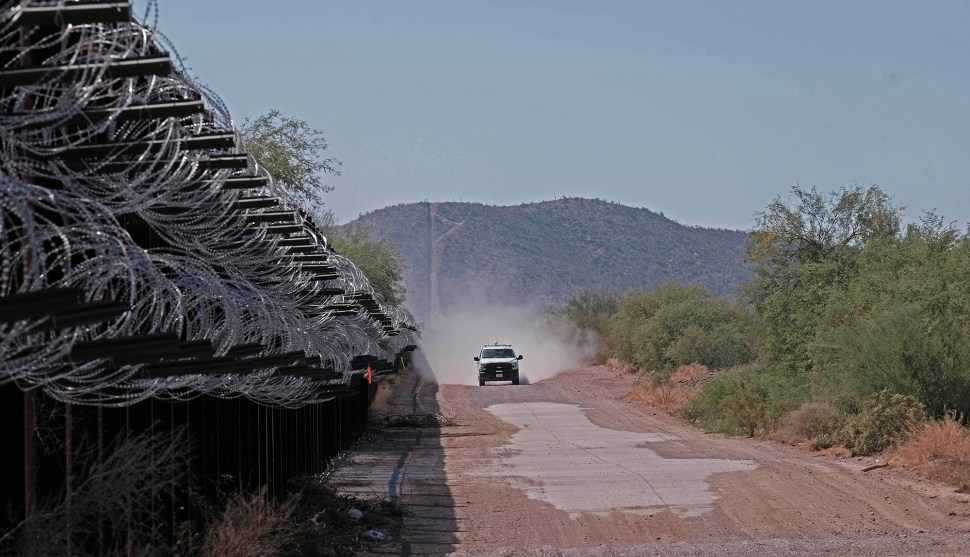 The Washington Post reports that Donald Trump wants his wall built, and he doesn’t want silly little laws standing in the way:

When aides have suggested that some orders are illegal or unworkable, Trump has suggested he would pardon the officials if they would just go ahead, aides said. He has waved off worries about contracting procedures and the use of eminent domain, saying “take the land,” according to officials who attended the meetings. “Don’t worry, I’ll pardon you,” he has told officials in meetings about the wall.

“He said people expected him to build a wall, and it had to be done by the election,” one former official said.

Asked for comment, a White House official, who spoke on the condition of anonymity, said Trump is joking when he makes such statements about pardons.

Who knows? Maybe Trump really is just joking. But why does the White House press office need anonymity in order to say so?