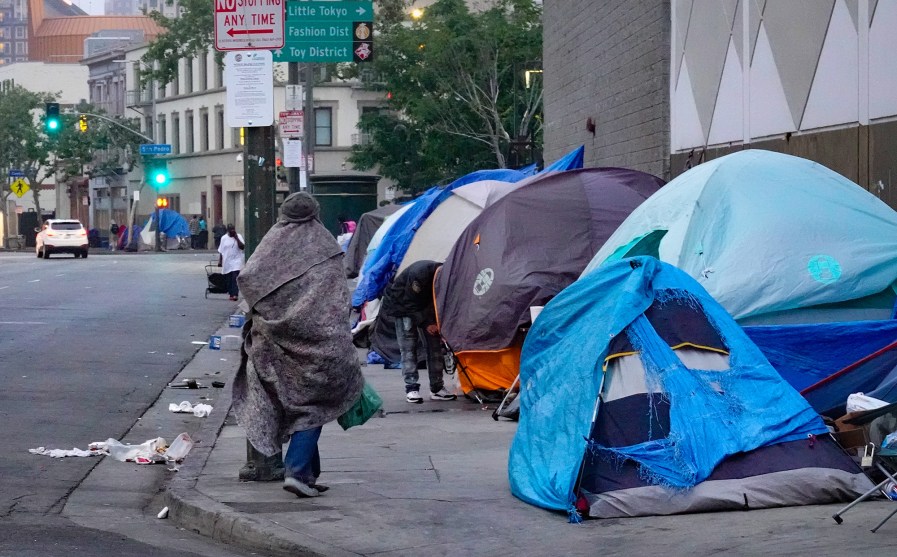 This year’s Academy Award for the most pregnant use of an adverb goes to a Senior Administration Official speaking to the Washington Post about the homeless in Los Angeles:

We’re not rounding people up or anything yet. You guys in the media get too ahead of yourselves.

Quite so. All they’re doing is looking at cavernous storage facilities near the airport that might be used someday for rounding up the homeless. Why is everyone getting so upset already?

This whole charade with Trump and the homeless is hard to figure out. I mean, it’s obvious that Trump can’t actually do anything. The homeless haven’t broken any laws, and they certainly haven’t broken any federal laws. They can’t be swept up off the streets. Nor does the federal government have a police force to sweep them up even if they wanted to. Even Trump isn’t dim enough to think otherwise. So why the kabuki?

The most obvious answer is that Trump is putting on a show for his fans. We wanted to get the homeless off the streets but Democrats fought to keep their squalid, disgusting, disease-ridden camps right on city sidewalks where they’re free to murder your children.

Or is there something more subtle about this that I’ve missed?