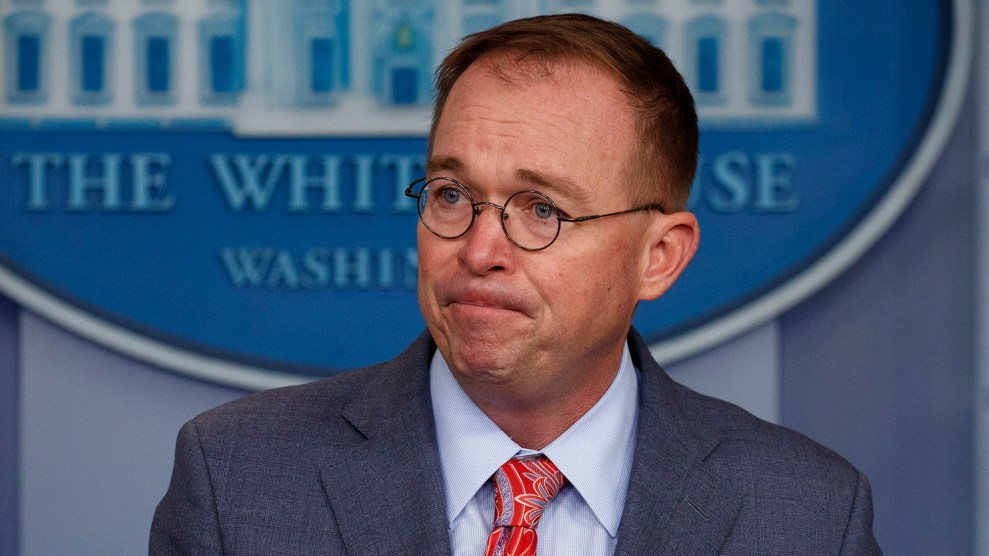 Acting White House chief of staff Mick Mulvaney, for some reason, has just admitted that aid to Ukraine was held up because President Trump wanted them to investigate political opponents:

After @jonkarl points out the White House’s explanation for its dealings with Ukraine was quid-pro-quo, the chief of staff replies: “We do that all that time with foreign policy.”

To those concerned about political influence in foreign policy, he says, “Get over it.” pic.twitter.com/AYoTajGLTL

There are probably a few people who genuinely don’t understand the distinction here. Luckily, I’m here to help. Consider the following two cases:

CASE 1: “If we lift the embargo on Cuba, it will hurt us with the Cuban immigrant vote in Florida. We shouldn’t do it.”

CASE 2: “I want Ukraine to investigate Democrats. We should hold up military aid until they promise to do it.”

Mulvaney is right: presidents do #1 all the time. Domestic politics invariably affects foreign policy, sometimes crassly and sometimes not.

But #2? Presidents absolutely don’t do that all the time. This is not “domestic politics.” It’s using the official power of the US government to force a foreign country to smear a political opponent.

The only way to not see the difference between these two cases is to deliberately close your eyes and refuse to see it. They are night and day. What Trump has done with Ukraine is very clearly not something that happens “all the time” in foreign policy. Until now, in fact, it never happened.