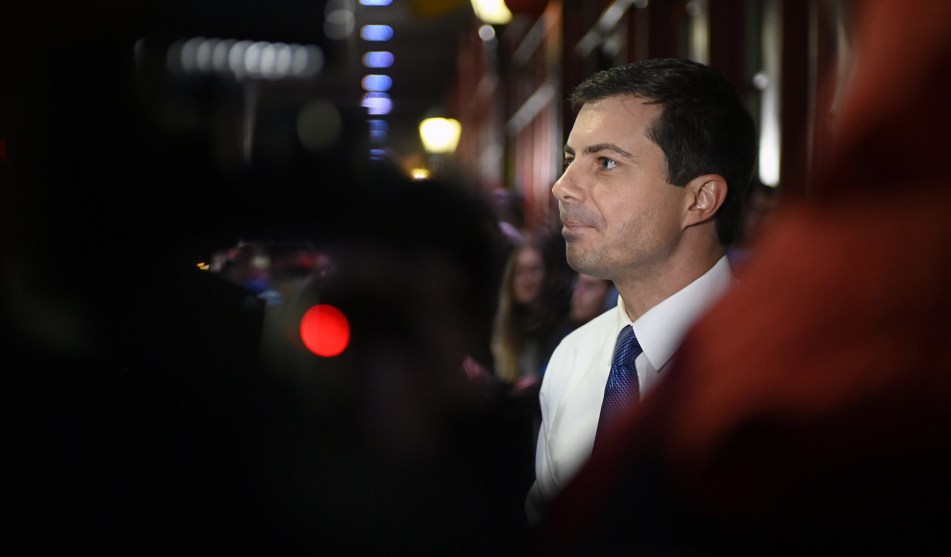 Mayor Pete continues to climb in (some of) the polls:

Pete Buttigieg, the mayor of South Bend, Indiana, who was initially seen as a long-shot presidential contender, has surged within striking distance of former vice president Joe Biden and Massachusetts Sen. Elizabeth Warren in the first-in-the-nation Iowa caucuses, a Suffolk University/USA TODAY Poll finds….The poll, taken Wednesday through Friday, put Biden at 18%, Warren at 17% and Buttigieg at 13% among 500 likely Democratic caucusgoers.

There is something weird about Mayor Pete. I mean, the guy is a small-town mayor who compiled an OK record thanks to a long economic expansion. He’s 37 years old and looks it. His political positions are entirely conventional. And yet he’s remained steadily viable in the polls, even creeping up a bit over the past few months. What’s more, he’s raising a ton of money. Who is it that believes in this guy so much that they’re funding his campaign to the tune of $50 million so far?

Buttigieg is not a flavor-of-the-month candidate who enjoys a brief surge in the polls and then crashes. We see a few of those every election cycle. Rather, he’s been plodding along, waiting for his chance, while people shovel enormous sums of money his way.

I don’t get it. I have nothing against him, but it makes no sense that someone with his background could remain a serious contender for so long, even if he does talk a good schtick. It makes even less sense that he could attract so much money. Can someone please enlighten me about what’s going on here?