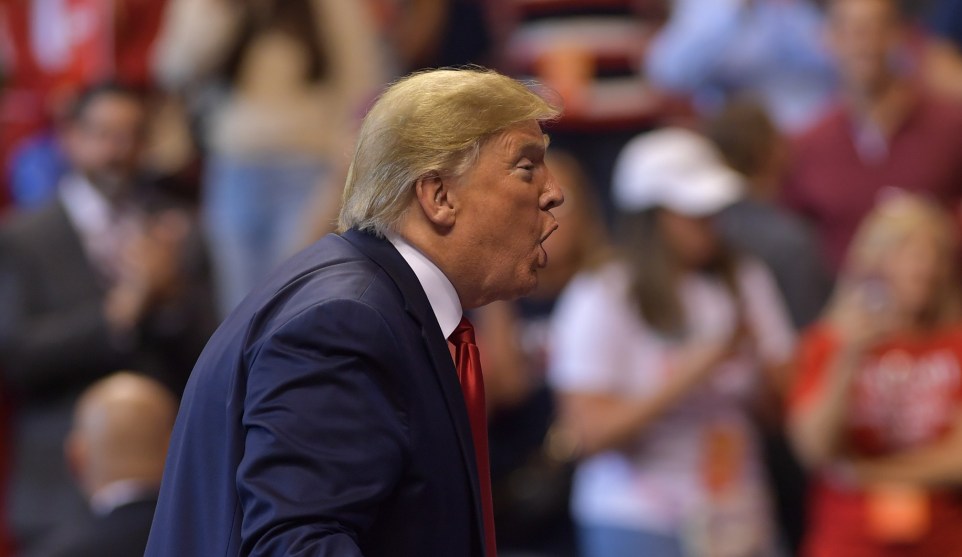 At a rally yesterday, President Trump gave his fans the red meat they craved: “You know, some people want to change the name Thanksgiving,” he said. “They don’t want to use the term Thanksgiving.”

This confused a lot of people, and we should get something straight right off the bat: no one wants to change the name of Thanksgiving. So where did this come from? Did Trump just make it up out of whole cloth?

Not really. Perhaps you’ve noticed that every year we get flooded with news stories about the “real” story of Thanksgiving? Here’s a small sampling from the past day or two:

LA Times: A family learns to tell a new kind of Thanksgiving story….It’s hard to say when or how it started, but a few years ago my husband and I quit celebrating Thanksgiving….As immigrants from El Salvador and Armenia, we know about the sorrow of having our pasts rewritten, our genocide and massacres, time and time again, neglected or denied.

New York Times: Everything You Learned About Thanksgiving Is Wrong….Plymouth, Mr. Loewen noted, was already a village with clear fields and a spring when the Pilgrims found it. “A lovely place to settle,” he said. “Why was it available? Because every single native person who had been living there was a corpse.” Plagues had wiped them out.

HuffPo: 6 Things Every Non-Native Should Do On Thanksgiving….Of all the Native American communities whose distinct histories are worth knowing about, the Wampanoag tribe should be at the top of your list….Following the Wampanoag’s lead starts with learning about the “National Day of Mourning.” Since 1970, the Wampanoag and other tribes in the New England region have hosted a gathering on Thanksgiving Day at Plymouth Rock to recognize the holiday’s authentic history.

Vox: Trump’s made-up war on Thanksgiving, explained….For all you Thanksgiving aficionados out there, nobody’s coming to take away your turkey….But that doesn’t mean it’s not worth considering that the holiday isn’t the same for everyone and for all communities. For Native Americans, the holiday can be a painful one, not a time to celebrate but instead a time to remember the atrocities they suffered when Europeans landed in America.

Once you account for Trump’s bizarre habit of misunderstanding things and then making up vaguely related stories, it’s clear where his statement originates. There may be no organized effort to rename Thanksgiving, but there’s certainly an organized effort from some precincts on the left to make sure everyone understands that Thanksgiving is largely a celebration of white atrocity. This is pretty obvious grist for the white grievance mill that Trump uses for a brain, and its appeal to the white grievance base that attends his rallies is equally obvious.

I’m not passing any particular judgment here. Americans should understand their own history better. That said, there’s a price to be paid for sticking up for the truth, and that price is hostility and bitterness from traditionalists and conservatives who consider this stuff not just ridiculous, but a personal attack on their own heritage and beliefs. In other words, it’s a microcosm of the price to be paid for being a liberal.

In any case, this is almost certainly where Trump’s statement originated. Like so much of what he says, it didn’t come completely out of the blue, it was just a weirdly exaggerated and mangled version of some kinda true stuff that someone else told him.