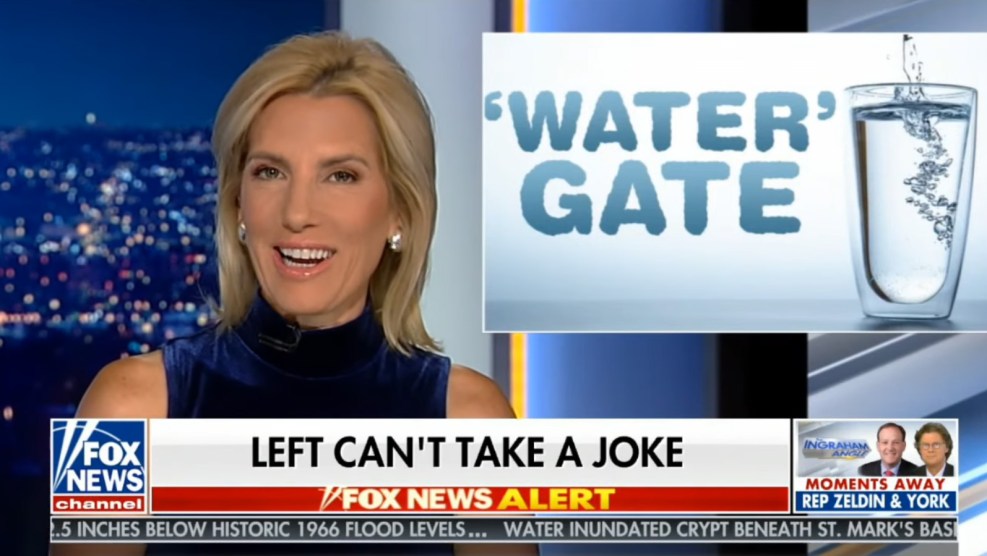 A little while ago I noticed that Laura Ingraham had somehow seized the zeitgeist from the rest of the Fox News lineup, explicating the conservative view of impeachment and Ukrainegate more thoroughly and more accurately than Tucker and Sean and even the Friends.

I don’t watch enough Fox News to really know for sure if this is anything new, but apparently Justin Peters does. And he says, yes, it’s something new:

Impeachment has given The Ingraham Angle a new focus, clarity, and purpose….In Ingraham’s telling, the House impeachment hearings are the liberal elite’s latest attempt to thwart the will of the American people and overturn the results of a democratic election in order to sabotage a transformative president and reconsolidate power within the clutches of the hated deep state.

….Fox amplifies these themes by having the same messages come out of three very different mouths. Carlson projects earnestness and appeals to the educated xenophobe. Sean Hannity throws rage tantrums and is the lion of America’s furious YouTube autodidacts. Ingraham’s shtick is snickering contempt. She is the mean one of the trio, forever stifling a laugh at whomever or whatever she is about to mock or marginalize. Her demographic is everyone who finds it hysterical when Trump insults Rosie O’Donnell or mocks a disabled reporter.

As the geezers used to say, read the whole thing.