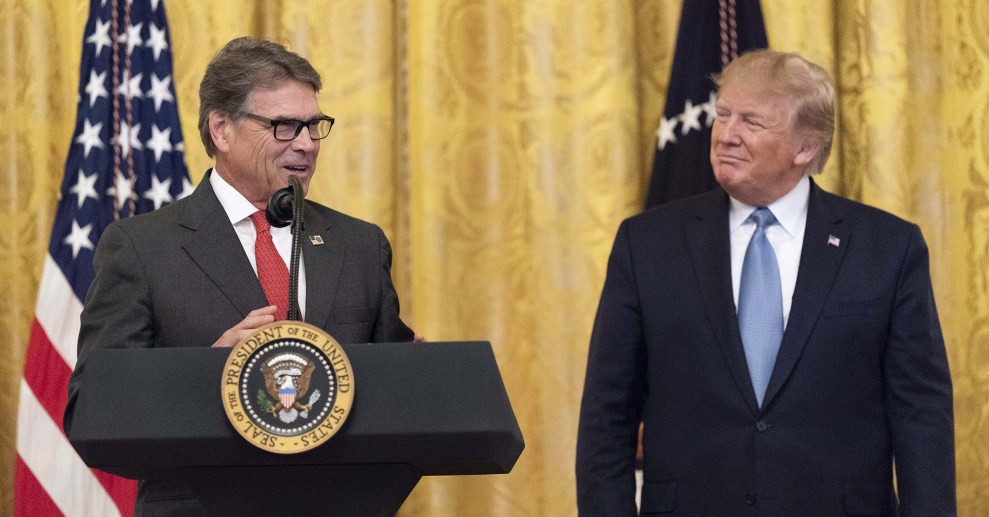 My Twitter feed has been full of mockery this morning aimed at Rick Perry for calling Donald Trump “the chosen one.” I finally got curious enough to find out what Perry actually said:

“Barack Obama didn’t get to be the president of the United States without being ordained by God. Neither did Donald Trump,” he said in a Fox News interview that aired Sunday, adding that God has used “individuals who aren’t perfect all through history.”

….The former Texas governor said he told Trump that some people “said you were the chosen one.”

“‘You didn’t get here without God’s blessing,'” he said he told Trump….Perry said he also cautioned Trump, “‘Don’t get confused here, sir. This is not a reflection that you’re perfect, but that God’s using you. And he uses all of us that way.‘”

So Perry is saying that Trump was “chosen” in the sense that God chooses all of us for our tasks on Earth. God is using Trump, and Trump needs to understand what that means.

One might hope that Perry could have been a little more direct about Trump’s imperfections, but this is just the way evangelicals talk. Perry is only repeating pretty conventional evangelical theology, not suggesting that Trump is the second coming of Christ or something.