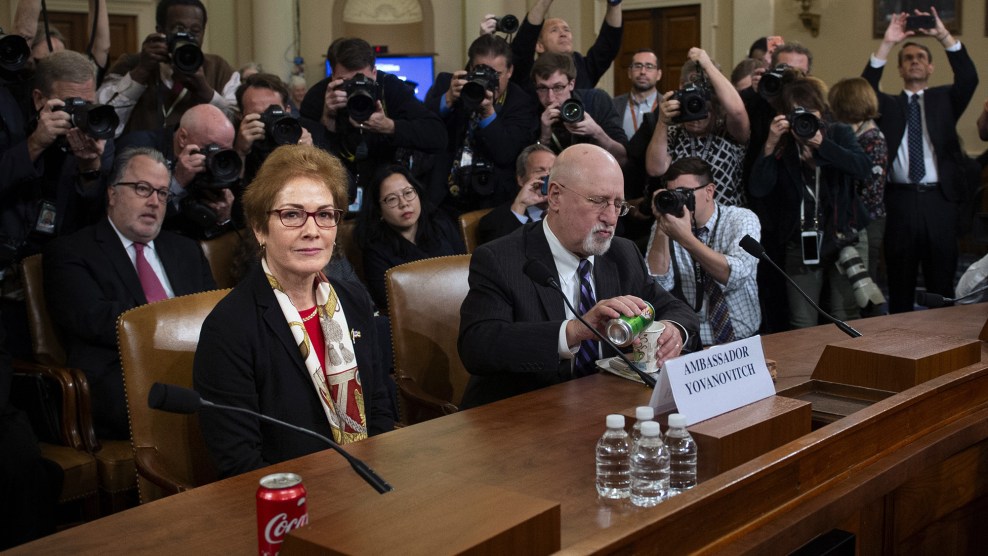 Marie Yovanovitch, our former ambassador to Ukraine, describes her reaction when she saw how Donald talked about her in private:

“It was a terrible moment,” she told the House Intelligence Committee on the second day of public impeachment hearings….In the July 25 phone call, according to a rough transcript released by the White House, Mr. Trump called Ms. Yovanovitch “bad news” and said that “she’s going to go through some things.”

….Asked her reaction when she read that, Ms. Yovanovitch said: “Shocked. Appalled. Devastated that the president of the United States would talk about any ambassador like that to a foreign head of state — and it was me. I mean, I couldn’t believe it.” Asked what the words “going to go through” sounded like to her, she said, “It sounded like a threat.”

Them’s the breaks. When you resist repeated suggestions from Rudy Giuliani to focus on getting the Ukrainians to lie about Joe Biden, you have to figure your time is up. He’s America’s Mayor, after all, working on behalf of what’s good for the country, not just some geriatric mook using government resources to smear Joe Biden. Amirite?