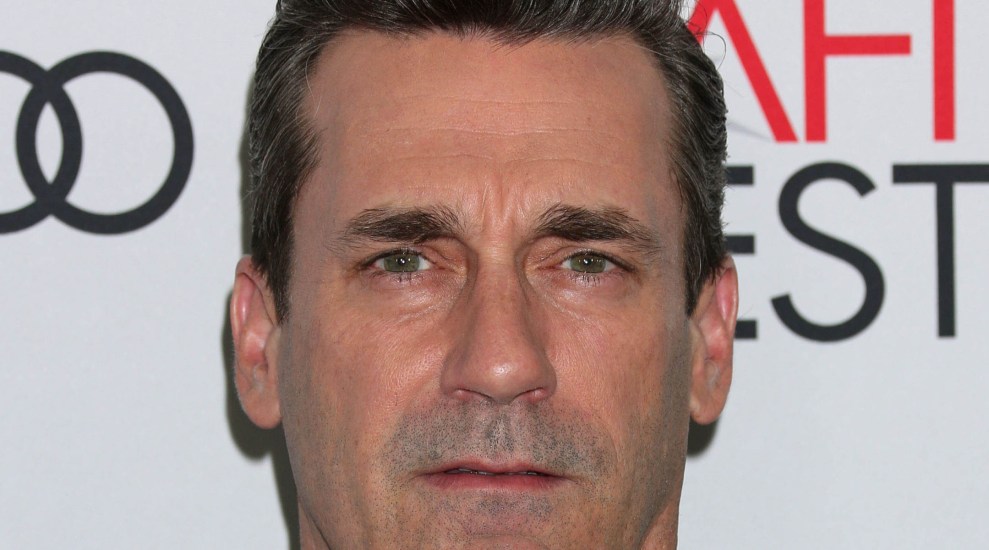 Sure, Jon Hamm looks like a lecherous FBI agent who might trade information for sex. But whose part is he really playing?Starmax/Newscom via ZUMA

Clint Eastwood’s new movie, Richard Jewell, about the man who was falsely accused of planting a bomb at the 1996 Olympics in Atlanta, has gotten generally good reviews from critics but has come under fire from journalists and feminists for a scene in which a newspaper reporter offers to sleep with an FBI agent if he’ll tell her the name of their suspect. It’s such a tired—and tiresome—trope. But aren’t there two sides to this? What about the FBI agent? By chance, just as I was wondering about this, the New York Times provided a few details:

Mr. Eastwood’s film, written by the veteran screenwriter Billy Ray, follows the standard practice for movies based on real-life events by taking liberties with certain facts to speed the story along. But it uses Ms. Scruggs’s real name while giving a new one to the F.B.I. agent, raising the question of whether the filmmakers risked damaging the reporter’s reputation in their efforts to convey how Mr. Jewell lost his.

….At an awards-campaign talk in Los Angeles last month, the film’s screenwriter, Mr. Ray, said he had spoken with people involved in the case. “I will stand behind every word of the script,” he added.

There are two obvious things here. The first is that the reporter died a few years ago and you can’t libel a dead person. So there was no legal risk in using her name. The FBI agent, by contrast, is still alive and could sue for libel if he were wrongly named.

The second is that maybe the FBI agent was Ray’s source in the first place, and not naming him was part of the source agreement.

So what I really want to know now is: what’s the name of the FBI agent? And was he the source for the movie?