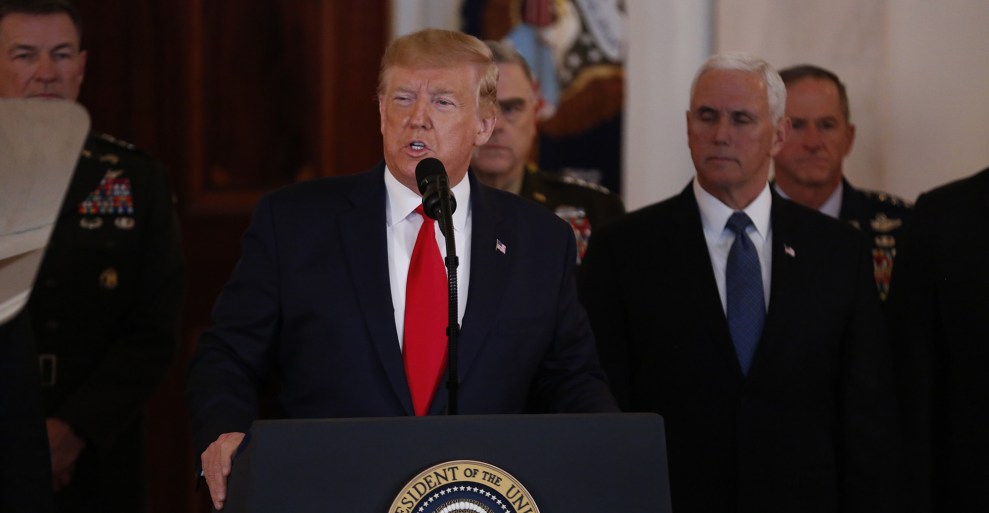 So… that was it? No military response (good), new sanctions (there’s not much left to sanction), more NATO in the Middle East (???), ask China, Russia & E3 to leave JCPOA (won’t happen), some vague talk about diplomacy. Did I miss something?

I guess that’s that. The Iranians deliberately reined in their response and Trump decided to go ahead and use that as an excuse to call a halt to things. If both sides stick to this, then this whole affair will die out naturally.

But what about American troops in Iraq? My guess is that nothing will happen there either. After a few weeks of negotiation we’ll agree to some minor changes and that will be that. The whole thing will be forgotten within a few months.

And now, back to impeachment! And Democratic primaries!