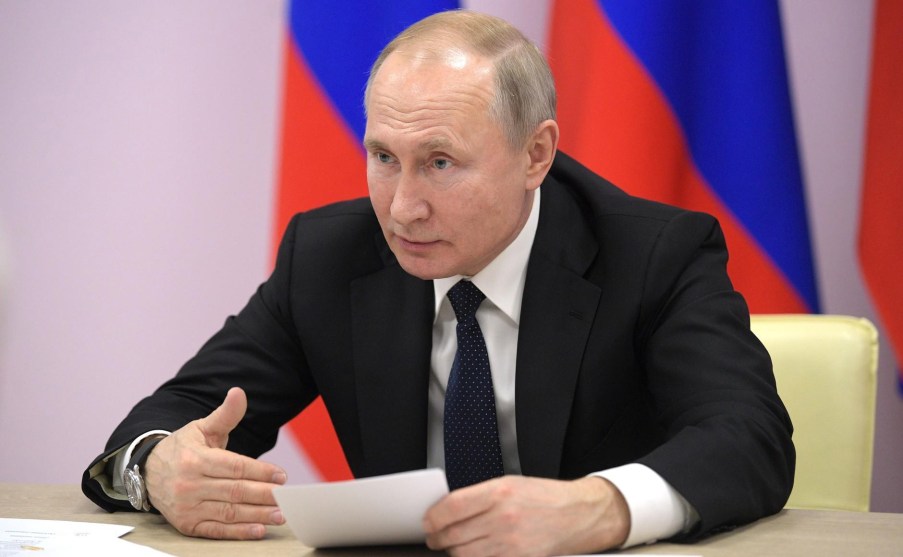 face to face via ZUMA

As we all know, Donald Trump spent many months last year trying to force Ukraine to announce an investigation into Hunter Biden’s work for a Ukrainian energy company called Burisma Holdings. The idea was to imply that (a) Hunter was employed solely to curry favor with Joe Biden, and (b) Joe Biden therefore treated Burisma favorably when he was vice president. There was never any evidence for any of this, but Trump tried and tried to extort Ukrainian officials into insinuating it anyway. This failed, and eventually led to impeachment charges in Congress.

But just because Trump failed didn’t mean that his friends all gave up. By an enormous coincidence, it turns out that Trump’s Russian buddies from the 2016 campaign decided to investigate Burisma just a few months ago:

Beginning in early November, the Russian spy agency known as the GRU launched a cyber “phishing” campaign against Burisma Holdings to trick unsuspecting employees into giving up their email credentials so the hackers could gain access to their email accounts — once again entangling Moscow in domestic U.S. politics, according to Area 1 Security, a Redwood City, Calif., company.

The operation’s launch coincided with a congressional impeachment inquiry into Trump and whether he abused his office by seeking to press Ukrainian President Volodymyr Zelensky into announcing a probe of Burisma and Hunter Biden — an action that conceivably would aid Trump’s reelection bid.

The New York Times adds this:

The Russian attacks on Burisma appear to be running parallel to an effort by Russian spies in Ukraine to dig up information in the analog world that could embarrass the Bidens, according to an American security official, who spoke on the condition of anonymity to discuss sensitive intelligence. The spies, the official said, are trying to penetrate Burisma and working sources in the Ukrainian government in search of emails, financial records and legal documents.

In other words, the Russians are beavering away in all areas to try and find something that might look bad for Joe Biden. Did Trump ask them to do this? I doubt it. He just announced on TV what he’d like to see happen and the Russians took the hint. If they find anything, they’ll launder it through a couple of cutouts and then leak it to some friendly reporters. Will the American press be less credulous about reporting this stuff than they were in 2016? I wouldn’t count on it no matter how often they say they’ve learned their lesson. “But it’s newsworthy,” they’ll say.