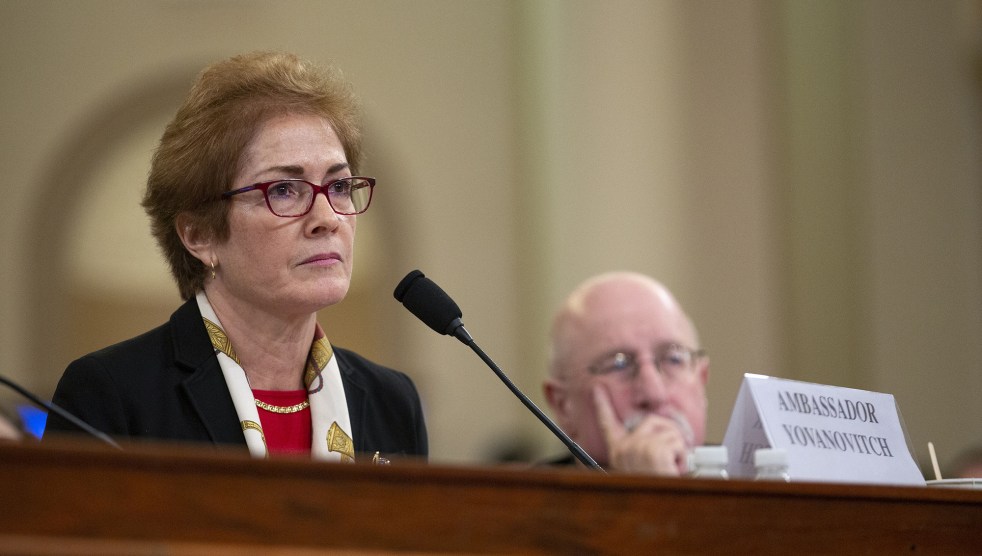 Lev Parnas, as I’m sure you recall, is one of Rudy Giuliani’s henchmen, part of the team responsible for pressing Ukraine to investigate Hunter Biden. Donald Trump has said repeatedly that he doesn’t know Parnas and has never spoken to him, but ABC News has gotten hold of a recording that suggests Trump knew Parnas better than he’s letting on:

The recording appears to contradict statements by President Trump and support the narrative that has been offered by Parnas during broadcast interviews in recent days. Sources familiar with the recording said the recording was made during an intimate April 30, 2018, dinner at the Trump International Hotel in Washington, D.C.

….Parnas appears to say: “The biggest problem there, I think where we need to start is we gotta get rid of the ambassador. She’s still left over from the Clinton administration,” Parnas can be heard telling Trump. “She’s basically walking around telling everybody ‘Wait, he’s gonna get impeached, just wait.” (Yovanovitch actually had served in the State Department since the Reagan administration.)

April 2018! Until now, we’ve all believed that Ukrainegate started in early 2019 or maybe late 2018. But apparently this affair was in the works at least two years ago. I wonder how far back it really goes?