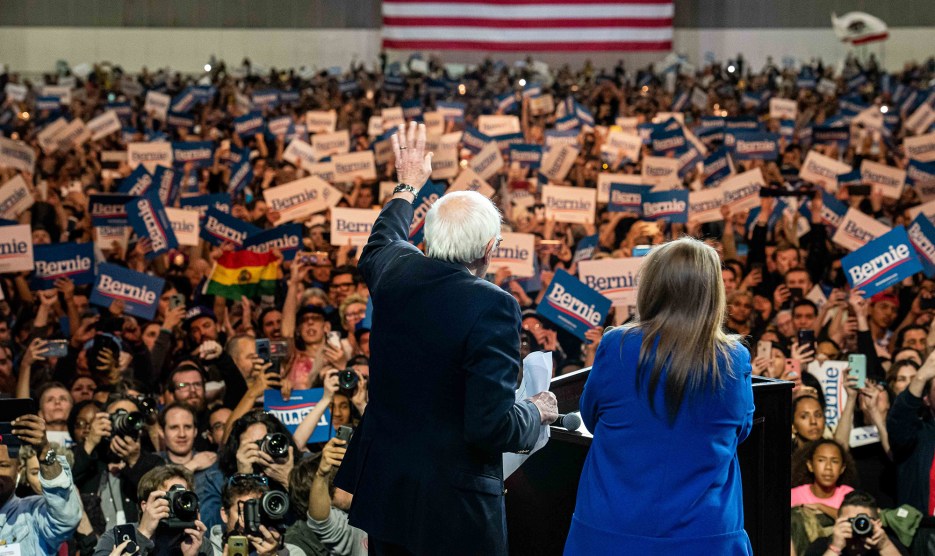 I’m a little curious why I’m not seeing more people admit the obvious: Joe Biden is now virtually 100 percent assured of winning the Democratic nomination. He’s going to come out of Super Tuesday ahead of Bernie Sanders and there’s little reason to think he won’t maintain that lead. And if he’s anywhere close to a majority when primary season is over, the superdelegates will put him over the top easily. Right? I mean, does anyone think that Sanders will win more than 10 percent of the superdelegates if he rolls into Milwaukee with Biden anywhere close to him?

In 2016, I initially gave Sanders a pass when he continued campaigning even after it was obvious he had no chance of beating Hillary Clinton. After all, one of his goals was to amass enough delegates that he could influence the party platform and push it to the left. To do that, he had to keep competing.

But he’s done that. I don’t mean that everyone in the party is sold on his agenda—he was never going to accomplish that—but his agenda is now very much a mainstream option. Things like Medicare for All, free college, wealth taxes, a $15 minimum wage, and so forth have a considerable following. Thanks to Sanders, they are not fringe ideas at all anymore.

So it’s not clear why he should continue running much beyond the end of March. At that point, if he hasn’t produced a stunning turnaround, his chances are over. He’s just running out of spite.

Sometimes revolutions don’t happen on schedule. Bernie isn’t going to get his this year, but he’s had a helluva strong influence on the progressive movement. Thanks to him, a revolution—or something like it—is a lot likelier in 2024 or 2028 than it used to be. That’s something to be proud of.