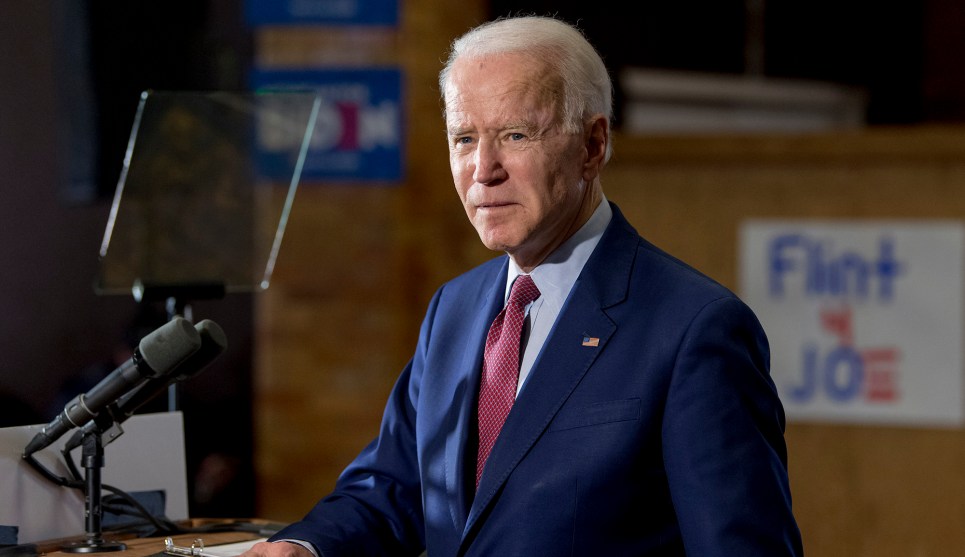 Ever since he won Tuesday’s primaries Joe Biden has mostly kept out of sight, something that has lots of lefties upset for reasons that mostly escape me. For one thing, it’s only been three days. For another, it’s normal for candidates to take a breather and review their strategy going forward after they’ve locked up the nomination—as Biden clearly has. Furthermore, even after locking things up, nominees have to be careful not to bigfoot legislative leaders like Nancy Pelosi and Chuck Schumer, who are currently negotiating coronavirus legislation and don’t want to be undermined by Biden mouthing off with his own plans. Ego management is important at all times.

Joe Biden is planning a regular shadow briefing on coronavirus to start as early as Monday to show how he would handle the crisis and address what he calls the lies and failures of President Trump. Biden gave a preview of what’s to come in a conference call with reporters Friday, where he listed a litany of false and misleading statements from Trump, who has been holding regular White House press conferences concerning coronavirus preparedness and response that have been broadcast live on all major networks.

Biden made his comments from his home in Wilmington, Delaware, where he has been holed up for more than a week in adherence with Centers for Disease Control guidelines that urge people to practice social distancing.

Immediately after the initial onset of the crisis, Biden also held his fire against the president out of concern it would look too political — an accusation leveled at him anyway by Trump campaign manager Brad Parscale, who said that “Biden will take attention from real updates Americans should know just to score political points.” Ever since his commanding victories Tuesday against Bernie Sanders in Florida, Illinois and Arizona, Biden has made no public appearances or statements. Instead, he said, he has been spending time privately talking to health officials, businesses, governors and members of Congress.

To recap: Biden—who, again, has been out of the public eye for only three days—is (a) following CDC guidelines, (b) getting briefed privately by health officials and members of Congress so that he knows what he’s talking about before he opens his mouth, and (c) making plans to hold regular coronavirus briefings.

This all sounds pretty reasonable to me. I very much doubt that Biden has lost anything by staying quiet for a few days in March.