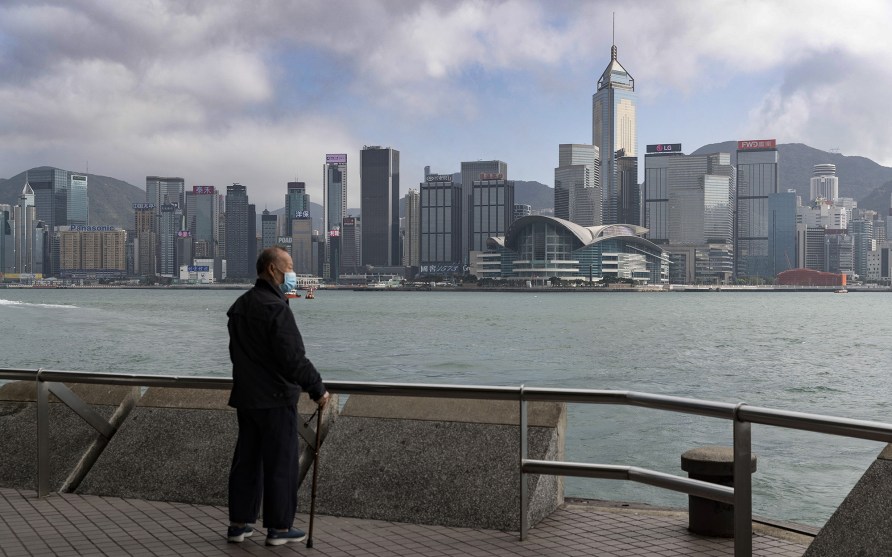 May James/SOPA Images via ZUMA

Alex Ward writes that after unleashing the coronavirus on an unsuspecting world, China is now taking advantage of the chaos it has caused:

How China is ruthlessly exploiting the coronavirus pandemic it helped cause

China isn’t letting a good crisis go to waste….China has capitalized on the world’s distraction to claim sovereignty over disputed islands in the South China Sea, intimidate Taiwan, and assert more authority over Hong Kong in an attempt to quash the pro-democracy movement there. It’s taken advantage of vulnerable countries in Africa that are struggling to cope with the coronavirus and its economic impact by offering much-needed debt relief — but only if those countries provide lucrative national assets as collateral.

And after the US suspended funding to the World Health Organization (WHO) for allegedly being too cozy with Beijing, the Chinese government pledged millions of dollars in additional support for the organization, giving China even more influence in the global health agency and allowing the country to portray itself as the new champion of multilateralism.

I don’t doubt for a second that China has long-term plans to eventually displace the United States as the world’s preeminent global power, but none of this adds up. China has claimed sovereignty over islands in the South China Sea for decades, and Ward says that nothing new is happening here. Ditto for Taiwan. Ditto for Hong Kong. China isn’t stopping its longtime practices, but it’s not really doing anything new either.

As for Africa, Ward tells us that China is offering collateralized loans, but “is balking at the idea of large-scale debt relief out of fear it might set a bad precedent of debt forgiveness.” And how is this working out? “Acting this way in the time of Africa’s need may sour once-budding Sino-African relations. It doesn’t help that racism against Africans in China has increased during the crisis, leading many to be barred from hotels, restaurants, shops, and more.” Finally, China’s $30 million pledge to WHO is a tiny, symbolic gesture designed more to prick the United States than to assert any real dominance.

In other words, Ward offers practically no evidence that China is really doing anything, ruthless or otherwise, to take advantage of the global pandemic. This may be because they’re a better international actor than we give them credit for, or it might simply be because China is suffering considerably too and can’t really afford to engage in much mischief. Their GDP plummeted 6.8 percent in the first quarter; industrial profits fell by 36.7 percent; job openings plummeted by 27 percent; and exports fell by 17.2 percent in January and February. They’ve got a lot on their plate for a country that was facing the prospect of an economic slowdown even before the pandemic started.