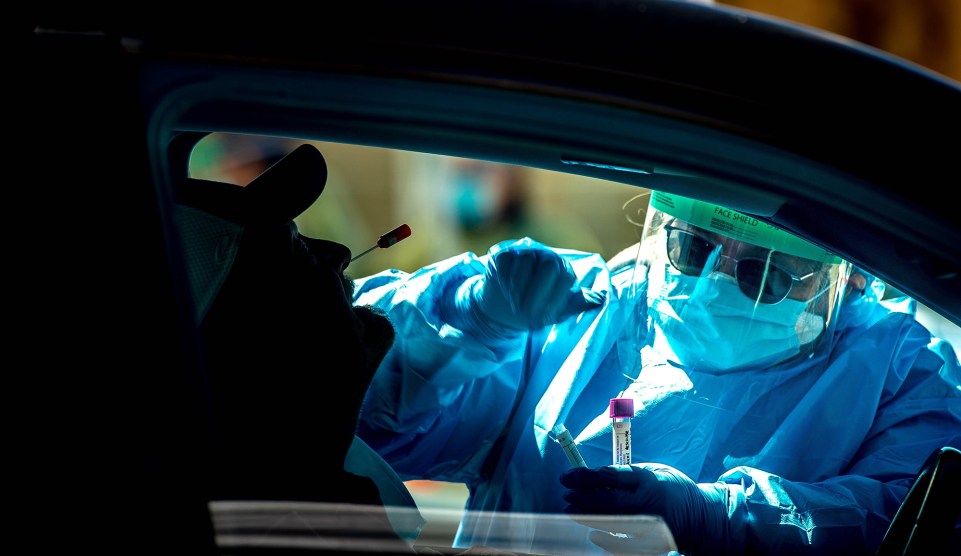 An ICU doctor writes to tell me that the problem with false negatives on the coronavirus test is worldwide:

It’s been reported in the US, China, and Italy for a number of weeks that the sensitivity of the RT-PCR swab test for COVID-19 is not great. To put it simply, the issues aren’t specific to the US version(s) of the COVID-19 tests….We’ve known from very early on in the outbreak that the SARS-CoV-2 virus has higher affinity for receptors that are in the lower respiratory tract than it does for those in the NP/OP region like typical circulating coronaviruses. Given the dangers to healthcare workers of attaining lower respiratory specimens and the massively increased resources to do so safely, no country has moved to expectorated sputum samples outside of hospitalized patients, and even then only rarely.

This issue was obvious and widespread to Chinese and Italian authorities who have published numerous studies that predominantly used CT scans looking for a particular pattern of lung disease that most COVID-19 patients seem to demonstrate.

Not sure if that’s helpful or not, but this is something that physicians have rather widely understood for a number of weeks, but has not appeared to reach national leaders, which is sad.

For the past couple of weeks I’ve been posting daily updates on the spread of COVID-19 in western countries, and one of the things that’s caught my attention is the fact that virtually every country seems to be on the same track. Some are farther along (Italy, Spain) and some still have a ways to go (France, USA), but the growth curve looks awfully similar in every case. But how can that be if every country has different testing regimens?

Without any explanation for this, I’ve been reluctant to speculate. But perhaps the explanation is the poor sensitivity of the COVID-19 PCR test? To put it bluntly, if the test is so bad that it misses a third of all cases, how much does testing even matter? I can even imagine that widespread testing might be detrimental if it produces a big pool of people who are infected with COVID-19 but feel confident that they aren’t.

If this is the case, it would also mean that the testing fiasco in the United States didn’t really have much effect. We didn’t “squander” two or three weeks of time. In the end, it hardly mattered at all.

For now, consider this speculation. But I would sure like to hear from some experts about it.