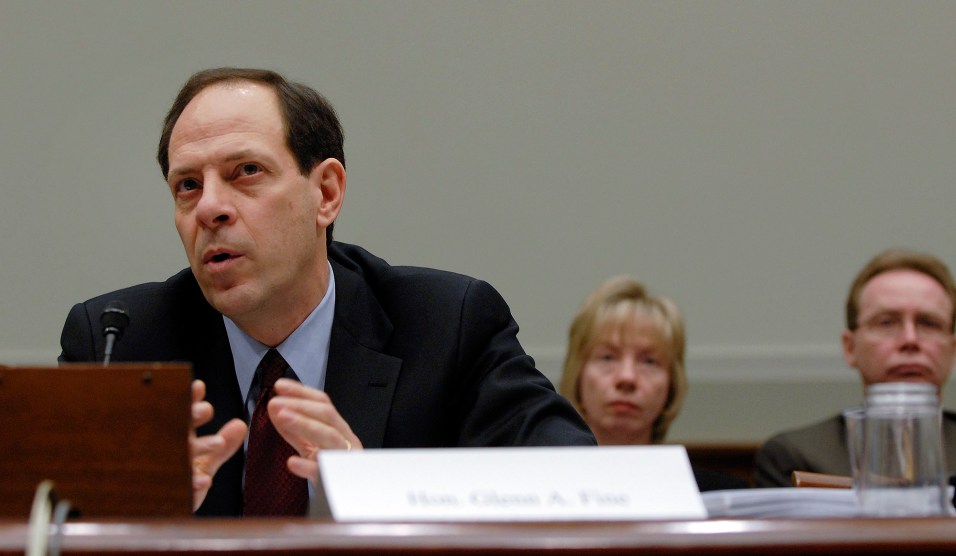 Large corporations were the recipients of $500 billion in the coronavirus rescue bill. However, only about $50 billion of this is for actual loans. The other $450 billion comes in the form of loan guarantees: that is, it’s a capital cushion earmarked to pay for potential losses in lending facilities from the Fed. Roughly speaking, then, the bill really authorizes about $4.5 trillion in loans under the assumption that $450 billion represents the maximum loss the Fed is likely to suffer.

By any measure, $4.5 trillion is a whole lot of money, and it was the last sticking point in the rescue bill. Initially Trump said that he himself would provide all the oversight that was needed, but unsurprisingly that didn’t go down well with Democrats. The bill was passed only after Donald Trump finally agreed to appoint a special inspector in the Treasury Department to provide oversight. But as soon as the ink was dry, he appointed Brian Miller, a White House lawyer, for the job. This was not an auspicious start.

President Donald Trump has upended the panel of federal watchdogs overseeing implementation of the $2 trillion coronavirus law, tapping a replacement for the Pentagon official who was supposed to lead the effort. A panel of inspectors general had named Glenn Fine — the acting Pentagon watchdog — to lead the group charged with monitoring the coronavirus relief effort. But Trump on Monday removed Fine from his post, instead naming the EPA inspector general to serve as the temporary Pentagon watchdog in addition to his other responsibilities.

At least we still have the House oversight committee, formed by Nancy Pelosi and headed by Jim Clyburn. Unless, of course, Trump simply refuses to allow anyone in his admistration to respond to its subpoenas. But he wouldn’t do that, would he?