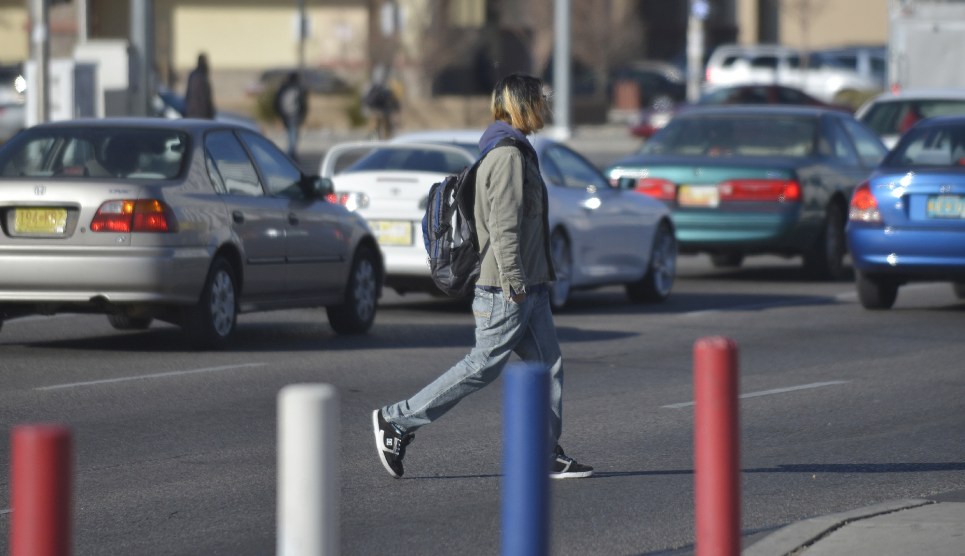 In the Guardian today, Arwa Mahdawi takes on US jaywalking laws:

Why is jaywalking even against the law? There is no such offence in much of Europe, including in the UK — although Ken Livingstone apparently proposed making jaywalking illegal while he was mayor of London. In the US, however, you can get a hefty fine and even go to jail for it.

….Jaywalking laws are not evenly applied: enforcement disproportionally targets people of colour. In 2019, for example, 90% of illegal-walking tickets issued by New York police were to black and Hispanic people. The laws are one small part of widespread systemic racism, but they are also part of the ongoing privatisation of public spaces. The streets don’t belong to communities any more — they belong to individuals, driving around in expensive cars.

Aside from the usual tedious hit on people who drive cars, I’m on board with this. Not only do I agree that jaywalking laws are mostly dumb and useless, but I’m all in favor of anything that reduces police encounters with people of color—especially those that can be used routinely as a pretext for hassling someone just for the hell of it. One of the goals of police reform should be the elimination of low-level offenses like this that give police too much discretion to harass anyone they want with no good reason. Getting rid of jaywalking laws is a good place to start.