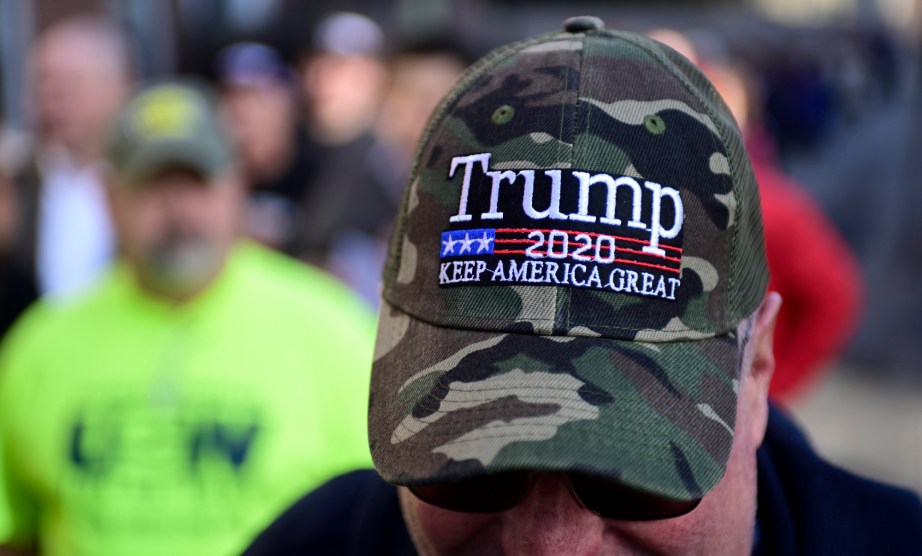 Is this enough to keep the Republican bubble alive? Count me skeptical.Bastiaan Slabbers/NurPhoto via ZUMA

George Will is right. It’s not enough to boot Donald Trump out of office:

In life’s unforgiving arithmetic, we are the sum of our choices. Congressional Republicans have made theirs for more than 1,200 days. We cannot know all the measures necessary to restore the nation’s domestic health and international standing, but we know the first step: Senate Republicans must be routed, as condign punishment for their Vichyite collaboration, leaving the Republican remnant to wonder: Was it sensible to sacrifice dignity, such as it ever was, and to shed principles, if convictions so easily jettisoned could be dignified as principles, for . . . what?

….Those who think our unhinged president’s recent mania about a murder two decades ago that never happened represents his moral nadir have missed the lesson of his life: There is no such thing as rock bottom. So, assume that the worst is yet to come.

It has long been my belief that the Republican Party was on the brink of a devastating defeat that would ruin the party for decades. But I was always wrong. Somehow it never happened even though the demographic headwinds were always intensely against them. They kept hanging on, winning elections despite getting worse and worse.

But the same thing is true of all bubbles: they always last longer than anyone thinks they can, which makes the inevitable crash even worse. Republicans probably expected 2016 to be the year of the crash, but thanks to a desperate strategy and some good breaks, they somehow managed to eke out one more win. Unfortunately for them, the price for this was Donald Trump, who was always fated to be the doom of the party. Mitch McConnell knows this, which is why he’s so frantically filling judgeships. He knows Republicans are likely to lose in November, and it’s possible that this is finally the year that they lose the median voter too, entering the same decade-long wilderness that Democrats did in the 1980s.

Trump isn’t the only sign of this. The right these days is bereft of ideas. Literally. They have nothing new that they want to accomplish and no particular principles left. They just mechanically accede to whatever Trump happens to be saying this week. The left, by contrast, is brimming with ideas. UBI. National health care. $15 minimum wage. Child care. The revival of labor unions. Taxing the rich. The Green New Deal. Free college tuition. Decriminalization of marijuana. Criminal justice reform. DC statehood. Most of these won’t fly, but even if you’re a moderate who doesn’t care much for Bernie-esque socialism you can still sense the tumult of ideas roiling the progressive movement. There’s life and energy among progressives, while conservatives seem filled only with weariness and hatred. This is not a good foundation for four more years.

Then again, I might be wrong yet again. Maybe the Republican bubble still has some life left in it. Ask me again in November.