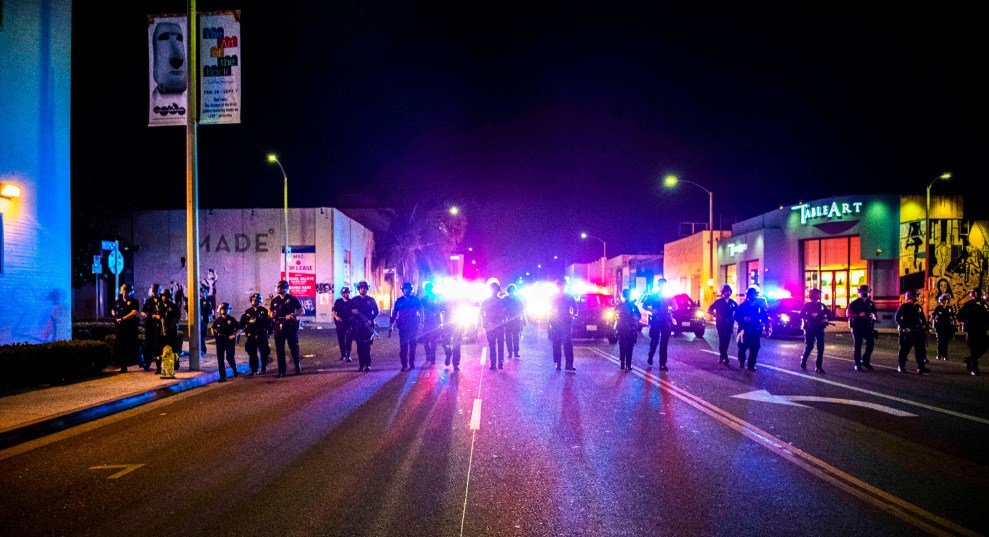 From the Los Angeles Times tonight:

An unsigned letter circulated among the Los Angeles Police Department rank and file last week, encouraging officers to call in sick to protect their own interests….“They succeeded in defunding the police; what do you think is next? Our pay? Our benefits? Our pensions? You’re God Damn right all those things are in jeopardy now,” read the letter, which was obtained by The Times. “We have to send the city a clear message that we are not expendable and we are not going to take this crap anymore.”

Now, LAPD commanders are investigating whether an unusual spike in officers calling in sick over the July 4 weekend was the result of an orchestrated protest or labor action, which would be illegal. Sources in the department told The Times up to 300 officers called in sick in what many in the department suspect was a “blue flu.”…In certain anti-gang units, everyone or nearly everyone called in sick at once, sources said.

And every one of those groups manages to handle it like adults and continue working even as they defend themselves. But if you criticize cops a little too hard they get all weepy and start calling in sick, public safety be damned. This happens over and over and over, and it’s long past time for this juvenile crap to stop.