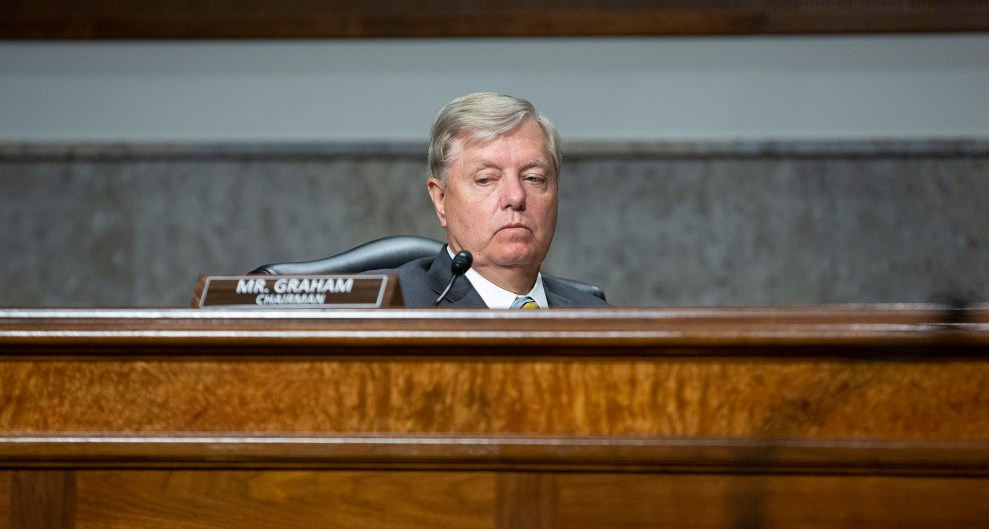 But no matter. Trump nonetheless wants to declassify anything he can that reflects poorly on the dossier, regardless of the damage it might do. And guess what? Attorney General Bill Barr forced the declassification of an FBI document last week that ended up exposing a source who had contributed to the dossier:

The F.B.I. had approached the expert, a man named Igor Danchenko, as it vetted the dossier’s claims. He agreed to tell investigators what he knew with an important condition, people familiar with the matter said — that the F.B.I. keep his identity secret so he could protect himself, his sources and his family and friends in Russia.

But his hope of remaining anonymous evaporated last week after Attorney General William P. Barr directed the F.B.I. to declassify a redacted report about its three-day interview of Mr. Danchenko in 2017 and hand it over to Senator Lindsey Graham, Republican of South Carolina and chairman of the Senate Judiciary Committee. Mr. Graham promptly made the interview summary public while calling the entire Russia investigation “corrupt.”

….Transcripts of recordings released in April resulted in the identification of a confidential F.B.I. informant who had agree to wear a wire when talking to George Papadopoulos, a former Trump adviser who was convicted of lying to the F.B.I. Other released transcripts of a Russian diplomat’s conversations with former national security adviser Michael T. Flynn revealed that the bureau was able to monitor the phone line of the Russian Embassy in Washington even before a call connected with Mr. Flynn’s voice mail.

The Steele dossier is the 2020 version of Benghazi, yet another Republican obsession related to national security. And like the Benghazi circus, Republicans really don’t care what damage they do as long as they can release continuous dribs and drabs of confidential information that might—maybe!—produce something that hurts Democrats.

So now the FBI has the task of convincing future sources that a promise of secrecy won’t be undermined the next time a Republican thinks it might gain them a momentary political advantage. But why should anyone believe them?