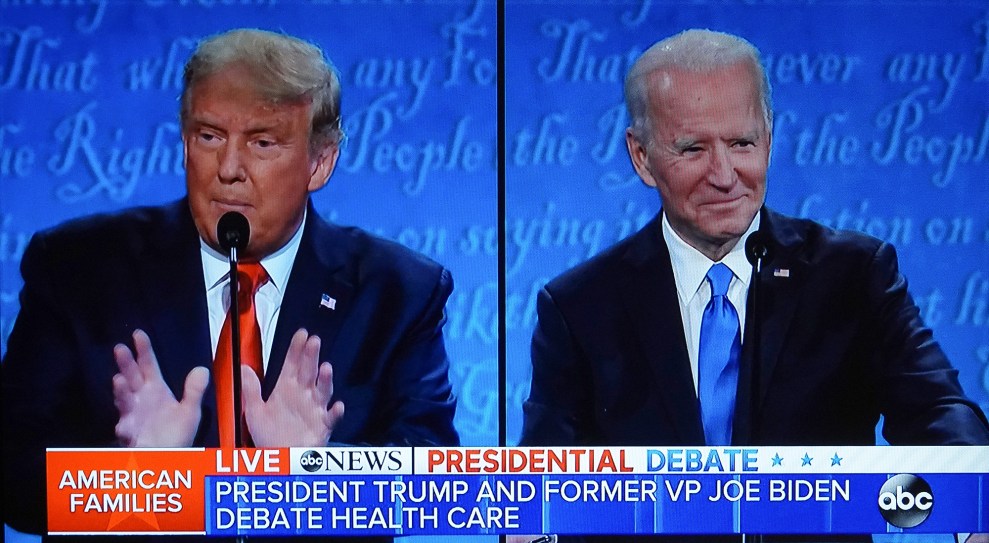 This struck me as a very “by the numbers” debate. Both Trump and Biden mostly just rehashed things they had said before, using much the same words as before. There was nothing even mildly unexpected.

If there’s an exception to that, it was Trump’s relentless effort to claim that Biden had accepted money from practically every endeavor he’s been associated with. On the one hand this is typical Trump: he always accuses other people of doing the things that he himself has done. But there’s hardly any chance this will work. First of all, it’s not true. More importantly, though, Biden has absolutely no reputation for being corrupt or money grubbing. People simply won’t accept wild accusations like these that come out of the blue and go against everything they’ve ever heard about someone.

This is not a debate that’s going to move the needle. Trump’s attacks were scattershot and ineffective—and even more full of lies than usual. Biden was mostly fine, but fairly mechanical. Overall, the whole thing was suprisingly low key.

But if you want to crank things up a notch, how about contributing to Mother Jones? I promise that we don’t have a secret Chinese bank account. Just click here.

10:30 – Ah, I guess that Welker is just going to skip the whole “Leadership” section so she can wrap things up.

10:28 – What about all those poor people who live near dangerous refineries and chemical plants? Trump says they’re all making tremendous amounts of money, so it’s all good.

10:25 – Biden: “I don’t know where he comes up with these numbers.” In the case of the Green New Deal, the answer is conservative think tanks that included the cost of Bernie Sanders’ Medicare for All plan.

10:20 – Trump’s answer to everything is to ask why Biden didn’t do it already. Finally, Biden mentions the Republican Congress. This is most likely what Trump has been waiting for. He wants to position Biden as a guy who can’t work across the aisle to get anything done.

10:17 – Welker asks about Trump’s racist rhetoric. What should people think about that? Trump could disown those statements, but he doesn’t. He refuses to address it at all.

10:09 – Donald Trump has been the best Black president ever! Except for Lincoln. Maybe.

10:06 – Trump: Only those “with the lowest IQs” show up at their immigration hearings.

9:52 – Socialized medicine. Sigh. At least Trump didn’t accuse Biden of accepting secret bribes from the Peruvian health agency or something.

9:44 – Are you outraged yet? Do you want to help stop this? How about contributing to Mother Jones? Just click here.

9:42 – Hey! A whole answer from Trump about North Korea without inventing a story about Biden accepting bribes from Kim Jong Un. Progress!

9:40 – It’s just attack after attack. Ask about China, and Trump wants to talk about stories of Biden accepting millions of dollars from China. Or something.

9:37 – Trump is pretty dedicated to bringing up every fever swamp attack on Biden. Sure, he’s doing it a little more calmly than last time, but he’s hardly missing a beat.

9:23 – OK, I’m convinced. We shouldn’t have bothered doing COVID-19 as a topic again. We’re finally finishing up with Trump bragging that he could have raised more money than Biden if only he’d gone to Wall Street. What?