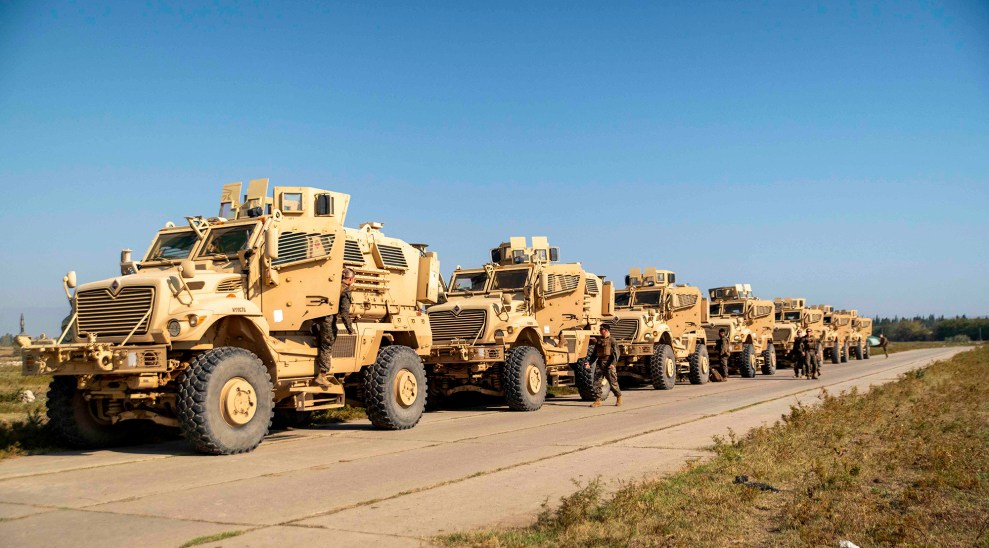 It’s official: apparently the reason Donald Trump has been firing all the top leaders at the Pentagon is because he wanted new leaders who would agree to withdraw troops from Afghanistan. I have to admit I didn’t see that coming.

So what should we think about this? There are two serious arguments against it. First, a drawdown is fine in theory, but a rushed and poorly planned drawdown in the waning weeks of a presidency is a terrible way to go about it. Second, this will wreck whatever leverage we have in our current negotiations with the Taliban.

I’m not much impressed with either argument. Sure, a well-planned drawdown would obviously be better, but I’ve seen no evidence that we can’t do this in fairly short order. There are force protection issues that need to be addressed, but that’s doable. There are also concerns about getting sensitive equipment out of the country quickly in case of a sudden Taliban surge, but again that seems like a bit of a remote worry. In the end, if we have no choice but to simply destroy some of this stuff, we’ll live through it.

The second argument carries a little more weight—on the surface, at least. We’re currently negotiating a treaty with the Taliban that trades a troop drawdown for their promise to engage peacefully with the government in Kabul. But if we withdraw on our own, why should the Taliban bother promising anything at all? Why not just wait for us to withdraw on our own?

I think that’s entirely correct. However, I also think the Taliban never had any intention of honoring any treaty in the first place. We are stuck with the same problem in Afghanistan that we’ve had for two decades: If we leave, the Taliban will take over in short order and we’ll have to face the fact that we lost. We fought a 20-year war for literally nothing. No American president has been willing to accept that.

No president until Donald Trump, that is. Given Trump’s personality, I find this sort of inexplicable, but apparently he’s so dedicated to ending a forever war that he’s willing to be the president who lost Afghanistan. This really doesn’t compute, unless he thinks he’s laying a trap for Joe Biden to be the guy in office when the Taliban finally takes over. Maybe.

In any case, I have never believed that there was any end to the war in Afghanistan except one: the Taliban wins. Given that reality, we might as well get out sooner rather than later and simply accept the loss. Regardless of his reasons, that’s what Trump is putting into motion. I’m all in favor of it.