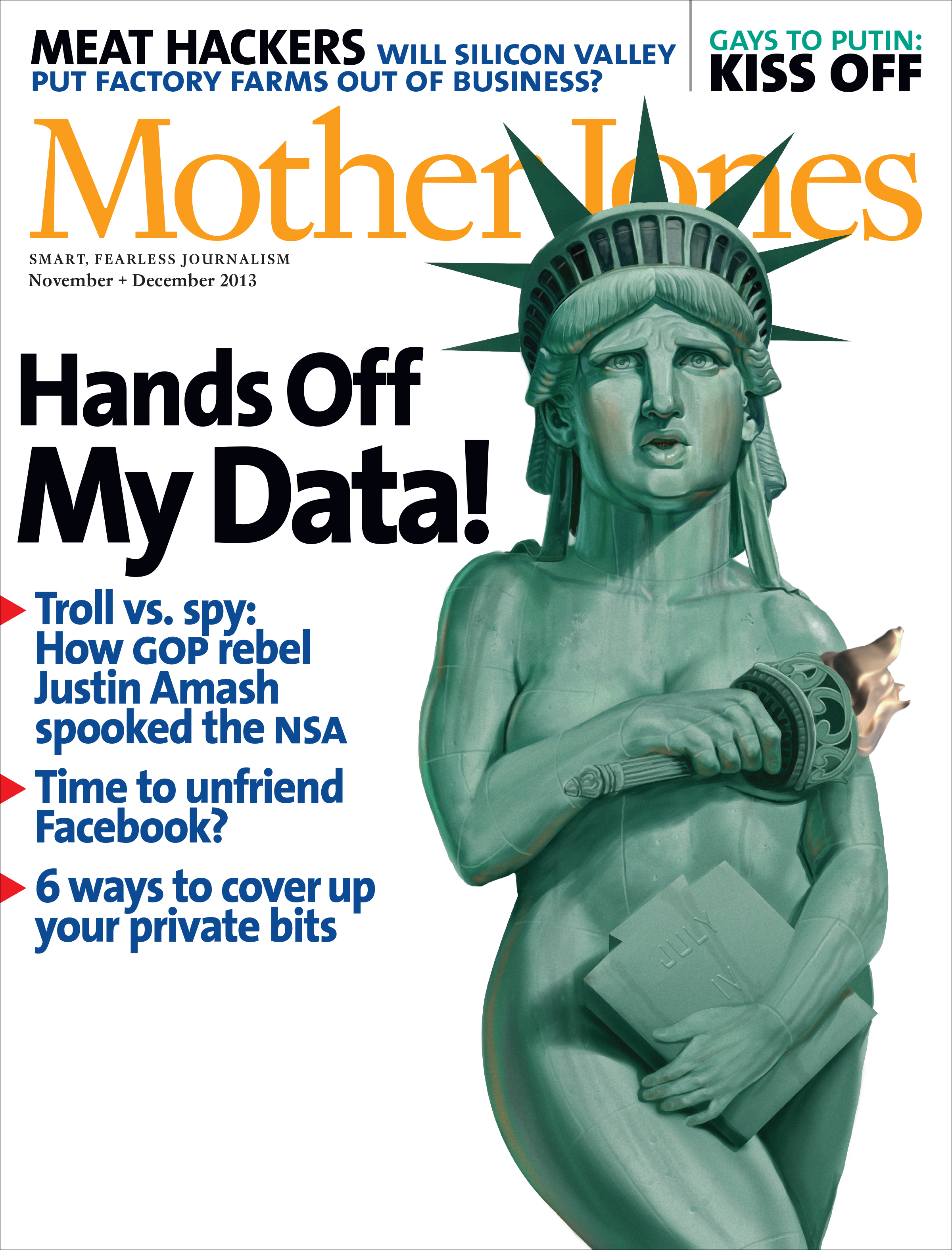 Stephanie Mencimer (“His Excellency Will See You Now“) was introduced to both grammar and family planning by Catholic nuns.

1 Tim Murphy (“The Troll on the Hill“) crashed on the couch of one of Rep. Justin Amash’s high school classmates.

2 Sydney Brownstone (“The Incredible, Hypothetical Egg“), a former Mother Jones editorial fellow, writes for Fast Company. The story’s illustration is by 3 Ross MacDonald, whose first job was on a chicken farm; the photograph is by Matthew Reamer.

Hannah Levintova (“From Russia, With Love“) was born in Boston but grew up speaking Russian at home; in November, she will report from Moscow on an exchange program sponsored by the International Center for Journalists.

5 Matthieu Aikins (“Friend or Foe?“) has covered Afghanistan since 2008 for publications including The Atlantic, GQ, and Harper’s.