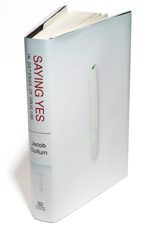 In 1914, Henry Ford published a tract inveighing against a substance that was enjoying a spike in popularity. He gathered testimonials from a host of luminaries, including Booker T. Washington, who said that the drug caused “a blunting of the moral sense,” and Thomas Edison, who said it “has a violent action on the nerve centers, producing degeneration of the cells of the brain, which isÉpermanent and uncontrollable.” “I will employ no person,” Edison concluded, “who smokes cigarettes.”

Even now — a time of strong anti-smoking sentiment — this paroxysm against cigarettes will strike most people as hysterical. We can assess the rhetoric against firsthand experience, a large body of reliable science, and (for the most part) an open and honest discussion about what cigarettes do to the body and mind.

Yet, had the anti-cigarette movement of the teens and ’20s succeeded, the “Little White Slavers,” as Ford called them, could easily have been subjected to a federal ban, followed by prosecution of makers, sellers — even users. Then would have come the ad campaigns linking cigarettes to violence, accompanied by a chill on any research that ran against the grain. In such an environment, if an “expert” said that cigarettes not only caused cancer but led inexorably to moral decay and blindness, most people would dumbly nod their heads.

This move from prohibition to propaganda did happen, of course, with other drugs that were legal and widely available in 1914 — products of the coca leaf, the hemp plant, and the opium poppy. These drugs, among others, came to be the object of the giant, swaggering, military-moralistic complex that is our war on drugs.

Saying Yes is not primarily (as its subtitle says) a defense of drug use. It is, rather, a critique of anti-drug propaganda and a plea for reason. Sullum, a scholar on drug policy and an editor for Reason magazine, argues that there is a “silent majority” of drug users who smoke pot, snort cocaine, even shoot smack without losing their lives, jobs, or families. They stay quiet, because if they spoke up they would be ridiculed, fired (in 2000, two-thirds of big companies drug-tested), or arrested.

“People who use illegal drugs in a controlled, inconspicuous way are not inclined to stand up and announce the fact,” Sullum writes. “Prohibition renders them invisible.” The visible minority, then, are mostly people in trouble — under arrest, on the streets, in the morgue. But to mistake them for the average drug user, Sullum argues, “is like assuming that the wino passed out in the gutter is the typical drinker.”

Sullum’s case is easiest to make with marijuana. According to a federal survey, 83 million Americans have inhaled and 12 million say they’ve used marijuana in the last month. Given these numbers, it’s not so surprising to hear about Peter Lewis. The CEO of a major insurance company for 36 years, and still its billionaire chairman, Lewis has been praised as a perfectionist and an “extraordinary businessman.” He is also, as Fortune noted even before his drug arrest at a New Zealand airport, “a functioning pothead.”

You might laugh at that stodgy phrase — as if it were so unusual for a pot smoker to “function.” But what if you heard there were “functioning cokeheads” or “functioning dope addicts”? Sigmund Freud used cocaine regularly for years; the 19th-century British author Thomas De Quincey had a rather extensive career with opium. Both men wrote effusively about their drugs of choice. Both also found it possible to moderate their use.

The same is true for many users now. Sullum cites a study of “controlled opiate users,” which included a 41-year-old carpenter who used heroin on weekends for a decade, while living in a suburb helping to support his wife and three kids.

The central argument of Saying Yes is that we should replace the current model of selectively coerced abstinence with one of universal temperance. As it is, some drug dealers sit in jail while others sit in corporate suites. Robert Downey Jr. is a disgrace for using cocaine. Robert Dole is “brave” for pitching Viagra. This system, Sullum writes, makes no sense intellectually, morally, or practically. Yes, many people do hurt themselves badly with coke and heroin and pot — and Ecstasy and LSD, and so on. But they are the small minority. Even drug czar William Bennett acknowledged this in 1989 when he wrote, “Non-addicted users still comprise the vast bulk of our drug-involved population.”

To Bennett, this was even more reason to clamp down on all drug use, because those who got by all right would encourage those who lack self-control, whose lives would be screwed up with a few puffs or lines. But if addiction has a human cost, so too does prohibition. The drug war has left us with a prison system choked with drug users and small-time dealers, with black market violence, infections from dirty needles, overdose deaths, and so on.

Many reasonable people justify these costs. However flawed, they say, the drug war protects us from demon drugs. They impute to certain drugs a power to enslave, to bewitch, to override all functions of choice, reason, or moral capacity. “Methamphetamine,” said a Colorado prosecutor, “is the devil’s key to your soul.” But this theory of “voodoo pharmacology,” Sullum writes, falls apart under scrutiny. In a recent survey, 3 million Americans said they’ve used heroin. Only 4 percent of those said they had used it in the last month. The percentage of people who develop addictions to methamphetamine and cocaine (powder and crack) is similarly low.

The point — which physicians and psychologists affirm — is that however good or overwhelming a drug, human beings never fully lose their ability to choose. Drugs are never satanic or angelic in themselves, but rather agents of human possibility.

Deft, judicious, and thorough, Sullum’s book is a healthy dose of sober talk in a debate dominated by yelping dopes. But maybe what the cause for an honest discussion of drugs needs, as much as its diligent scholars, is a propagandist team all its own. Perhaps they could put together an ad campaign, paralleling Apple’s Think Different line, with images of William James, Stephen Jay Gould, Tom Robbins, and other unapologetic drug users. Maybe they could organize a national coming-out day — handing out felt marijuana or coca or poppy leaves for people to wear. And maybe for a day, we could all just say what we know.