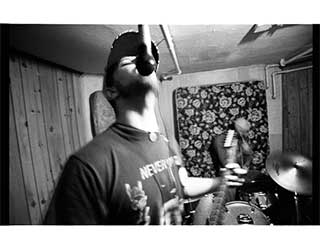 
In a back room at Ronny’s, a bar on the west side of Chicago, Marwan Kamel stands onstage, leans back, and sings at the top of his lungs in Arabic, “Long live Palestine!” Twenty-three-year-old Kamel is the front man for Al-Thawra, one of the most active bands in the Muslim punk subculture known as “Taqwacore.” Tonight’s small crowd is composed of twentysomething white punks and a bunch of young American Muslims, including a couple of Palestinian kids dressed in black and Indian and Afghan girls wearing hijabs.

The eclectic scene was inspired by The Taqwacores, a 2003 novel set in a house full of Muslim hipsters who reject their parents’ and secular society’s rules and interpret their religion on their own terms. (Taqwa is Arabic for “consciousness of God.”) “There is a cool Islam out there,” says one of the characters. “You just have to find it.” The sense of longing captured in the book hit a nerve, and real-life kids soon began to emulate the book’s hybrid of faith and underground culture.

“Taqwacore is like a middle finger in both directions,” says Michael Muhammad Knight, the 31-year-old author of The Taqwacores, a white, blue-eyed convert from upstate New York who discovered Islam while reading The Autobiography of Malcolm X as a teen. “It’s, like, rebelling against Islam and America at the same time.” One band, the Kominas (“bastards” in Punjabi), writes acerbic songs that sound like grounds for inclusion on the no-fly list (“Suicide Bomb the Gap”; “Blow Shit Up”). But the music’s not all about defiance, says Al-Thawra’s Kamel after the gig at Ronny’s. “We’re just showing the human side of it,” he says. “Most people don’t have exposure to real Muslims, who happen to be fucked-up people, too.”